Kajol to star opposite Dhanush in VIP 2 aka Velaiyilla Pattathari

New Delhi, VIP 2 News.: Bollywood actress and superstar Kajol has signed her next film with Kollywood superstar Dhanush. Dhanush previously starred in Hindi movie Shamitabh. But, the movie is not a Hindi release, its Tamil this Tamil. Kajol will be coming back to Tamil Film industry after 1997’s “Minsara Kanavu.” 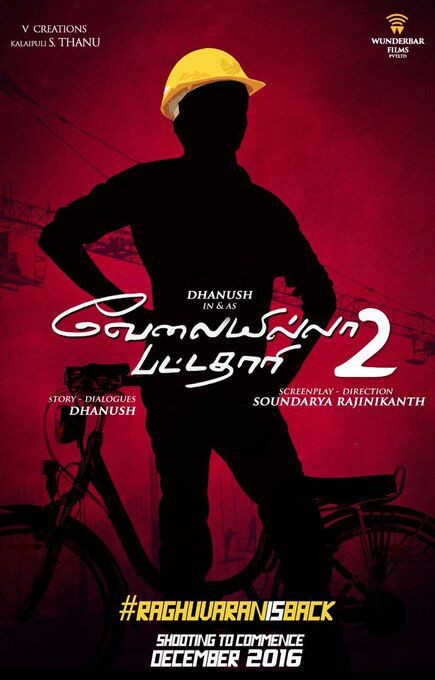 As reported by Filmfare, Actor Dhanush, and his sister-in-law Soundarya met Kajol recently and narrated the script of the movie. After listening to the script, the Bollywood actress said “YES” to the film. Reportedly, Soundarya has written the dialogue and story of the movie. The Bi-lingual film will release in Tamil and Telugu.

The 42-year-old Bollywood Actress was last seen in DILWALE  opposite Shah Rukh Khan in Hindi and Minsara Kanavu in Tamil which is considered as one of the best Romantic movies. The Actress will be making her comeback to Tamil Film Industry after nineteen years with Velaiyilla Pattathari 2 aka VIP 2.

Reports also say, Amala Paul and Samuthirakani will also continue to be the part of the sequel joining the Dhanush-Kajol crew.