Karnataka SSLC Results 2017 to be released on 12th May: The Karnataka Secondary Education Examination Board (KSEEB) has confirmed the result date of Senior School Leaving Certificate (SSLC) 2017. The board will declare the results on May 12th, Friday at 03:00 pm.

Early, the board conducted the Class 10th (SSLC) examination between the date of March 30 and April 13, 2017. Nearly more than 8.7 lakh students have appeared for this exam across 3,082 centres in Karnataka State.

According to the report, total boys of the examination those who all appeared in this year are 4.69 lakh. Also, the strength of girls is 4.07 lakh. So, all those students are waiting for their Karnataka SSLC Results 2017. However, the students have stayed clam as long nearly about 15 days after the exam. Also, the government declared the official result date for the 2nd PUC examination. So, the students those who all appeared on Karnataka 2nd PUC can check their results as per the official date. Both of the results (Karnataka Class 10th result 2017 and Karnataka 2nd PUC result 2017) are available at the official websites.

The Karnataka state primary and secondary education Minister Tanveer Sait has also confirmed the results dates through this Tweet. His recent tweet reads that the “Much awaited PUC results to be announced on 11th may Thursday 2017 at 3.00 PM and SSLC results on 12th may Friday 2017 at 3.00 PM – official.” 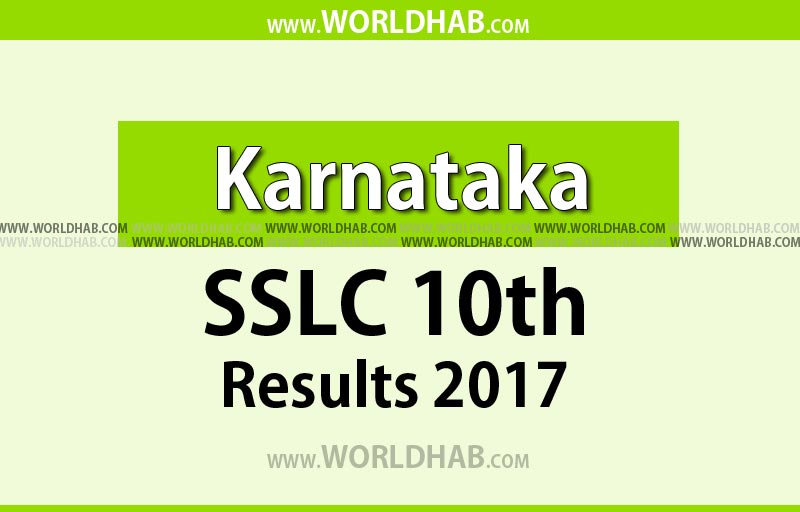 Each and every year, the Karnataka State board conducting the board examination for the Class 10th students in the month of March and April. As like that, the board was conducted the SSLC and PUC exams on this March – April 2017. As per the report, the state conducting examination nearly about eight lakh candidates (as average) in March and nearly two lakh candidates are appearing in June those who all failed in March month SSLC exams.

For this year, the board has completed their paper corrections and doing database work to declare the results as per the announcement on May 12, Friday. The students can able to get the results through the official website of karresults.nic.in.

In May 2016, the board was declared the SSLC results on May 16th, Monday. Nearly 8.5 lakh students were appeared in the Karnataka SSLC exam in 2016. Totally, the 78.82% students (6.27 lakh) have passed in that examination. Girls have dominated the boys in te pass percentage. Girls secured with 82.62% and the boys scored 75.84 percentage of pass percent.

Following Websites offer the Results for the Students as correctly. Avoid the delay due to the heavy traffic at the same time.

Stay tuned for the more latest updates with WORLDHAB. The students those who all appeared on KSEEB Class 10th can get their results as per the official date. Follow us to get latest updates of Karnataka Secondary Education Examination Board (KSEEB) class 10th Results!