Karun Nair 300: Karnataka’s Karun Nair unbeatable 303* helped India to get a lead of 282 runs on 5th Test Day 4 of England Test in Chennai. Also, this triple century from the youngster helped India to register their highest innings total in Test cricket with unbeatable 759/7 d.

Karun Nair 300 is now the fifth highest individual score Test score by an Indian batsman. Virender Sehwag’s 319 and 300, followed by Laxman’s 281 and Dravid’s 278 are the best test scores before. Nair just playing his 3rd test cricket match and started day 4 on 71 and brought up three figures for the first time in his international career. India declared their total on 759/7 and it is the seventh highest total of all time. 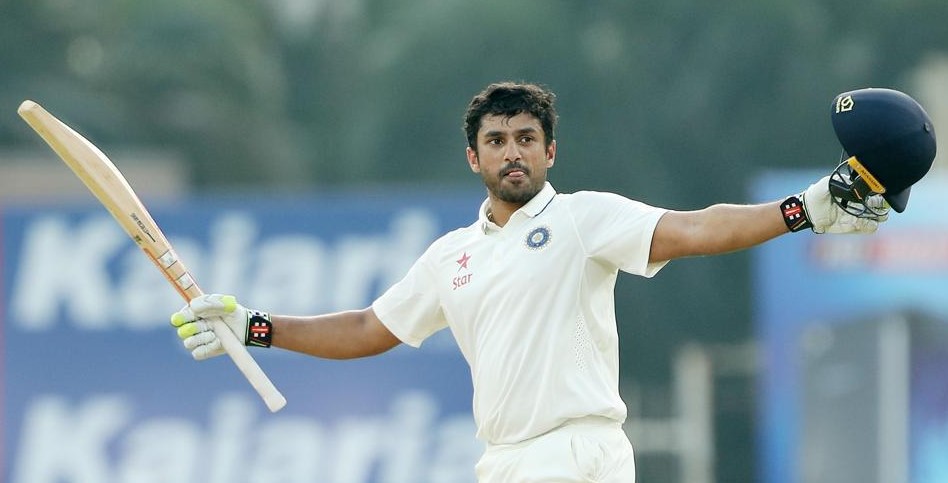 You can watch Karun Nair 300 vs England video from HotStar Official link below,

Karun Nair 300 is the second 200+ score in this test series against England after Kohli’s majestic 235 in the 4th Test match. England started their second innings and still one day left in this match. If Indian bowlers can take all the 10 wickets tomorrow (5th day), India can fetch another historical Innings win against England.

Comment your views on Karun Nair’s future in Indian Cricket team and how happy you were with his mind blowing innings.