Kasaba Malayalam Movie Review: Kasaba is the Action Comedy thriller, and it will be released on the date of July 07, 2016. This film was written and directed by Nithin Renji Panicker. The Megastar Mammootty has played as a lead male actor with the character of Police Cop; he will appear as a Cop after the five years of gap. Varalaxmi Sarathkumar has shared her love along with the hero of this movie. Neha Saxena and Jagdish were played as a supporting actor. This Film has released in 101screens in Kerala and Tamil Nadu also. This film competing with the Ramadan festival films such as Sultan, Shajahanum, Pareekuttiyum, Karinkunnam Sixes (6’s). Scroll down and check the Kasaba Movie Review, Rating, Story.

The Kasaba Movie Teaser has created a record on YouTube and also massive viral on Social Media. Because of Mamootty’s Back again with the Cop Uniform and actions. This Kasaba Teaser itself created a huge expectations, and this teaser got more than one million views within 99 hours after the time of release.

Midhun Manuel Thomas: Kasaba – an energetic investigative entertainer .. Mammookka steals the show as C I Rajan Zachariah .. It was a real pleasure watching him on screen in a different cop avatar after long time.. Heavy background score too ‪#‎Rahulraj‬..congrats to RNithin Renji Panicker and team kasaba..

Ajmal Esmail: ‪#‎Kasaba‬. Nithin Renji Panicker has broke all the existing yesteryear police characters in mollywood. ‪#‎RajanSacharia‬ is different version than from others, he will definitely steal our hearts with a giggling walk!!! Rahul Raj’s electrifying bgm at its peak.Rest of the cast (including two beautiful heroines, Neha Saxena &Varu Sarathkumar ) are neatly managed their screen space with MammoottyGo for it!!!!

Arun GV: Watched ‪#‎kasaba‬. Out &out ‪#‎Mammukka‬ show…✌ Overall itz a mighty come back from ‪#‎ikka‬ #kasaba is just roaring……

Kerala Box Office: #Kasaba is a pakka mass entertainer ! Mammookka.. u r simply awesome ! Couldnt resist clapping in each n every scenes ! Nithin did it well ! 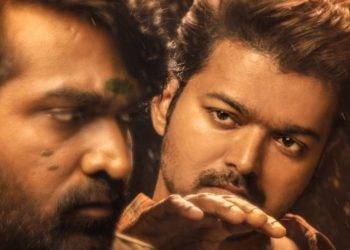