Kathanayagan Review and Rating is given based on the critics and audience response in this article. Go to the theaters in a normal mode without expecting anything serious in the film. Kathanayagan is fully dealing with the comedy and romantic portions. By the way, the film supposed to makes you feel boring periodically if you are the movie lovers. For the people who all rarely visiting theaters and watching movies can get more senses of humor in this film. Four other films also released today on September 8 (Friday).

Muruganandham is the director of the film. Vishnu and Catherine Tresa are the lead pairs of the film who love each other in this film with the mixture of comedy. The love starts between the leads because of the bike ride on road. She randomly stops his bike on road and offers him a left for a distance. The first song of the film is here when they both meet each other. Vishnu himself said in the movie after song as ‘nice imagination but an unwanted song’. 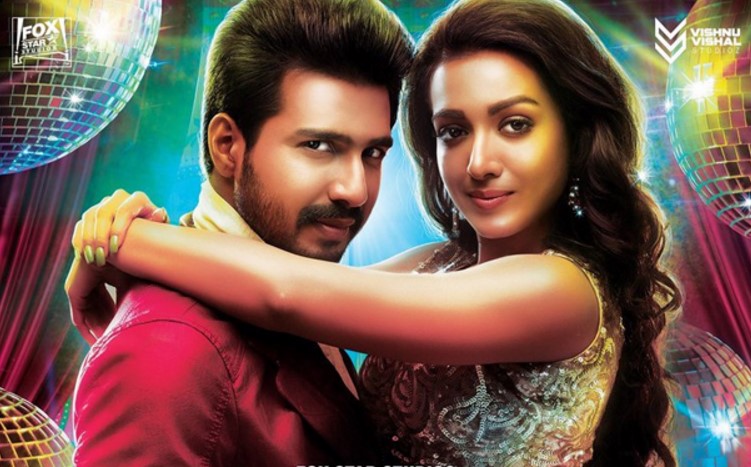 Like the same, he meets Soori when he going to the office on a crowded bus. He gets squashed due to the crowd and tensed because it is his first day to the office. From this scene, Soori and Vishnu’s comedy conversation starts in the film. While Soori sequences Vishnu more than others on the bus.

At one situation after many love meetings and comedy, Vishu getting known about his rare disease in a mixed medical report. So, what is his decision and what he did? is the story and climax of the film.

All the comedy sequences are good enough except some from Soori and Saranya Ponvannan’s English. We all noticed Vijay Sethupathi’s appearance in the movie trailer itself. He did his role briefly in a short time duration as a doctor. Anandraj and Rajendran also added few more humor in the film from the beginning title card of the film. All the songs by the Sean Roldan music received well especially his romantic songs in the list of Katha Nayagan.

Overall from the critics and audience point of view, the film collected mixed review. So, we rating this film with 2.5 out of 5.

From the Social Media, we collected some Kathanayagan public reviews.

Abdul Basith‏ @abbas_basith: Kathanayagan One of the worst flim watch in recent time. Vishnu Vishal, what happen to you brother? Intha padatha produce vera pannirukinga (Even this film is produced by you).