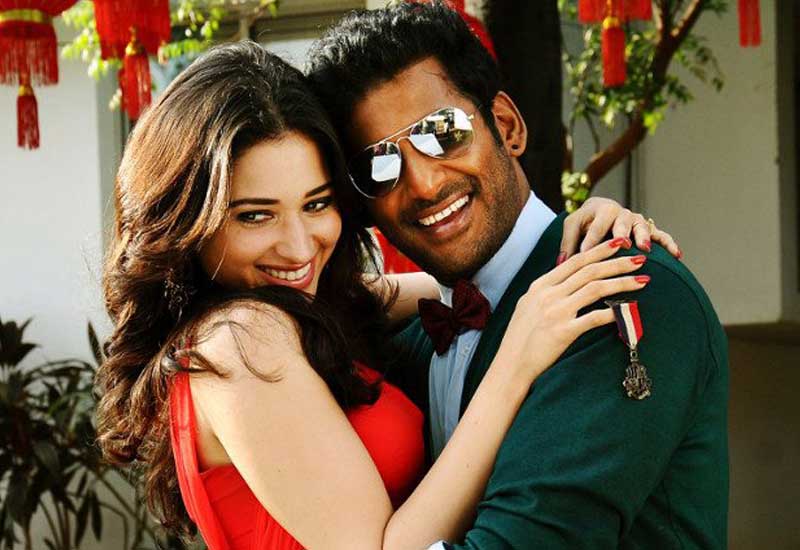 The movie maker has released the Kaththi Sandai First Look and Teaser recently and it has attracted by the audiences. Especially, Vadivelu’s comeback is the major thing of this film. Due to some reasons, he has not seen much in Tamil cinemas for last two years. The lead female of this film is Tamannaah, her glamorous first look, and photos are made a crazy over her fans.

Suraj directorial Kaththi Sandai has produced by the S Nandagopal. Jagapathi Babu has played as a negative role in this films. Apart from the lead actors, Soori is the secondary comedian, and Sampath Raj has also played an important role. Vishal’s Ambala fame musician is here for this movie. Hiphop Tamizha is the music composer and background scorer. Richard M Nathan is the cinematographer and Selva RK handled the editing of this upcoming Vishal’s film.

Vishal and Tamannaah’s Kaththi Sandai will hit the big screen from November 18. The Kaththi Sandai filmmakers have planned to release the movie for Diwali festival. But it won’t happen due to some reasons.