The Kerala Commissioner for Entrance Examinations official website released the first phase allotment list on August 20th for the BSc Nursing course and Paramedical Degree courses. The allotment of the KEAM Nursing and paramedical is completely based on the online options which begun from August 15 and ended on August 19, 2017.

According to the official notification by the CEE, it mentioned that the candidates should take a printout of the first phase allotment memo which shows the details such as Name, Roll Number, Allotted Course, Allotted College, Category of Allotment, Fee details etc.

Also, the notification added about the payment those who receive an allotment, those candidates shall have to remit the fees to be paid to the CEE as per the memo which given in the first phase allotment at any of the SBI designated branches. 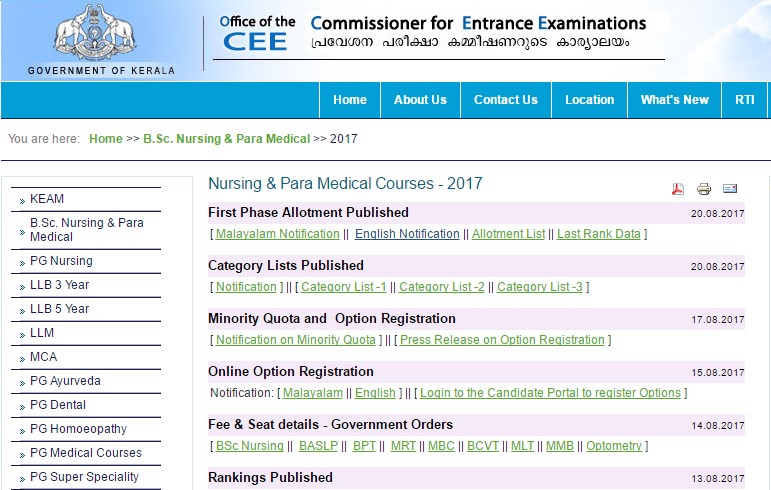 NOTE: In the first phase allotment, the allotted students need not join the Course/College.

Those candidates who do not remit the fee on or before the date prescribed for the same will lose their allotment as well as all the existing options in the stream (Nursing stream / Paramedical stream) to which the allotment belongs. The options once lost will not be available in the subsequent phases.

The Second allotment will available on 24th August 2017.