Kings XI Punjab (KXIP): One of IPL and CL team which is waiting for a trophy. Punjabi Lions are getting ready with their new squad for Indian Premier League 2018, 11th season. Ravichandran Ashwin will lead the new team of KXIP as a captain, who was played with captain cool for eight seasons in CSK. Defending Champions will meet Yellow in the first game of this tournament. While KXIP will play against DD in their opening game of IPL 11.

The captain of Punjab, Ashwin looking to give ever best performance in this IPL. If he did really well, then there will be a place for him in the limited over of India Cricket team. Red Lions set to play their first game which will be also their home over Delhi Daredevils on April 8th, Sunday at IS Bindra Stadium in Mohali.

Preity Zinta’s team will play seven home and seven away games in the league competitions as like other teams. The complete fixtures of this 2018 IPL Twenty20 11th season were announced by the BCCI on Valentine’s Day, February 14, 2018.

In the schedule of KXI IPL 2018, they will play three games at 4 pm, in that, two home and one away. The other 11 games of KXIP in this IPL 2018 will be played at 8 pm. This is one of the places which contains complete KXIP 2018 players list (squad) with the timetable (schedule), time, venue, live stream and TV channel listing.

As mentioned early, this is right chance for Ashwin to prove that he had the same ability as before. But, this time he got an additional position as captain of a team. The mentor Virender Sehwag revealed about the decision behind the captaincy of Kings XI Punjab.

He said that “I was a huge fan of Wasim Akram, Waqar Younis, and Kapil Dev. They were all great bowlers and went on to lead their teams successfully. I hope Ashwin will do the same.”

They are strong with the presence of overseas batsmen like Aaron Finch, David Miller, and Chris Gayle. 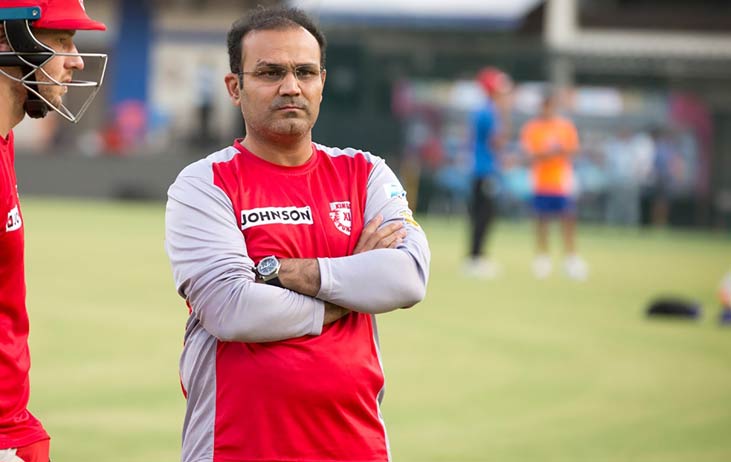 In the key oversea player list, KXIP will miss Aaron Finch in the first game because of his marriage. KL Rahul and Yuvraj Singh are expected to play in the middle order after the opening Chris Gayle and Mayank Agarwal. Ashwin and Axar Patel will take next to middle order. 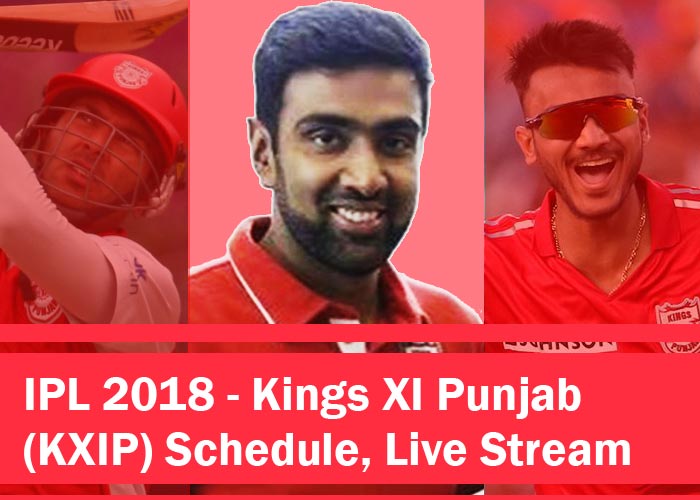 Now, it is time for Star Sports which have media rights for live broadcast on TV and live stream on online. Get latest updates from the channel network by following official social media platforms like Facebook, Twitter, and YouTube. Also, they have audio-visual production rights for both Indian Premier League and other 2018-19 domestic matches.