After the Rain, the Kolkata Knight Riders won the eliminator game against Sunrisers Hyderabad on Wednesday night. Due to the rain, the board was decided to complete the match under Duckworth-Lewis (DLS) method at the Chinnaswamy Stadium in Bengaluru.

After a wait, the rain stopped and the second innings started at 12:55 am IST with the target of 48 in Six overs. In the first innings, the KKR allowed the SRH to score 128 in 20 overs. Due to the rain distraction, the target score has reduced to 48 runs from 129 total runs.

Kolkata Knight Riders choose to bowl after they won the toss. So, the Sunrisers Hyderabad’s skipper David Warner started his batting as an opener. He played well in the last league match against SRH. Also, he started his performance as well in this eliminator game. Though he has gone with the highest score of the match, 37 in 35 balls. Piyush Chawla is the KKR’s man who took the wicket of Warner.

The bowlers of KKR has planned well and gave a force towards the SRH’s batting. Unfortunately, the opening couples didn’t perform well and also the the team started their slow run at the beginning of the match. Yuvraj Singh also forgot to finding his best performance in this eliminator match, who came to play after the finger injury. 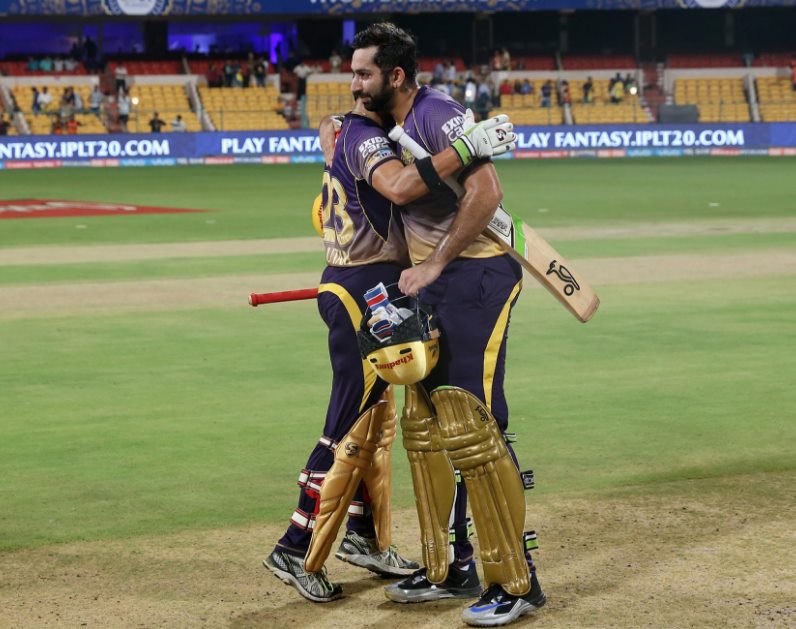 Kane Williamson and Vijay Shankar were marked their 24 and 22 runs in the scoreboard after Warner’s god play. Finally, the team scored 128 runs by leaving seven wickets in 20 overs.

In this time, the KKR didn’t drop the Sunil Narine as the first opener. All the top three openers are didn’t score double digit runs. However, the Chris Lynn scored 6 runs in 2 balls by hitting a SIX in his first ball. Later he walked out along with Robin Uthappa by Bhuvneshwar Kumar. Also, he made a run out of Yusuf Pathan in the next ball of Lynn’s OUT.

After three wickets in the first two overs, the KKR’s captain arrive to score 27 runs in remainning four overs. He scored 32 runs in 19 balls with two SIXES. So, the KKR seal their spot in Qualifier 2 against the Mumbai Indians.

KKR had a ability to win the SRH if there is no Rain, also. They controlled their opponent’s total within 130 runs. It is easy to chase for Kolkata Knight Riders.

Toss: KKR, who chose to bowl.

Batting Scorecard of KKR vs SRH in Eliminator IPL 2017