Kochavva Paulo Ayyappa Coelho Teaser: The Kunchacko Boban’s upcoming Malayalam film Teaser was OUT on August 23, 2016. The KPAC Teaser Video has the 40 seconds of run time But, the teaser is only for 24 seconds. You can watch it on the Udaya Pictures YouTube Official page. In this Video, the production company shared the information of Kochavva Paulo Ayyappa Coelho Release date. 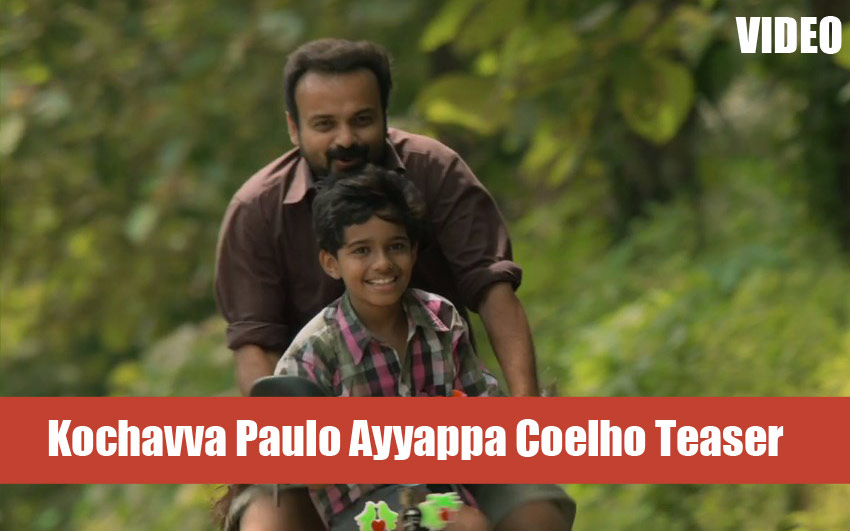 Kochavva Paulo Ayyappa Coelho is directed by the Sidhartha Siva and the film has the lead actors such as Kunchacko Boban and Rudraksh Sudeesh. In the Video description, the production company shared experience and re-entry to the Malayalam film industry. Udaya Pictures is the most popular film production company in Kerala. Now, it is back after 30-years.

Thay mentioned as “Film produced and starred by Kunchacko Boban marks the return (after 30 years) of Udaya Pictures.” So, actor Kunchacko Boban is handling the film production. completely family Entertainment movie. The film will be scheduled to release on the festival of Onam in September 2016.

The Story of this movie is inspired by the world famous book called “The Alchemist.” It is narrated by the author Paulo Coelho. This book has translated in 80 Languages. Kochavva and Ayyappa handled the script without damaging the original story. The film features Anusree, Suraj Venjaramood, Mukesh, Biju Menon, KPAC Lalitha, Nedumudi Venu, Aju Varghese, Muthumani, Maniyanpilla Raju and Sudeesh along with Kunchacko.