The upcoming satirical film of Rathakrishnan Parthiepan’s directional film has announced the release date as December 30 as early. But, the maker has scheduled for Pongal 2017 as per the update of the below film poster. People can get the latest live updates by using the hashtag of #KIN on Twitter. 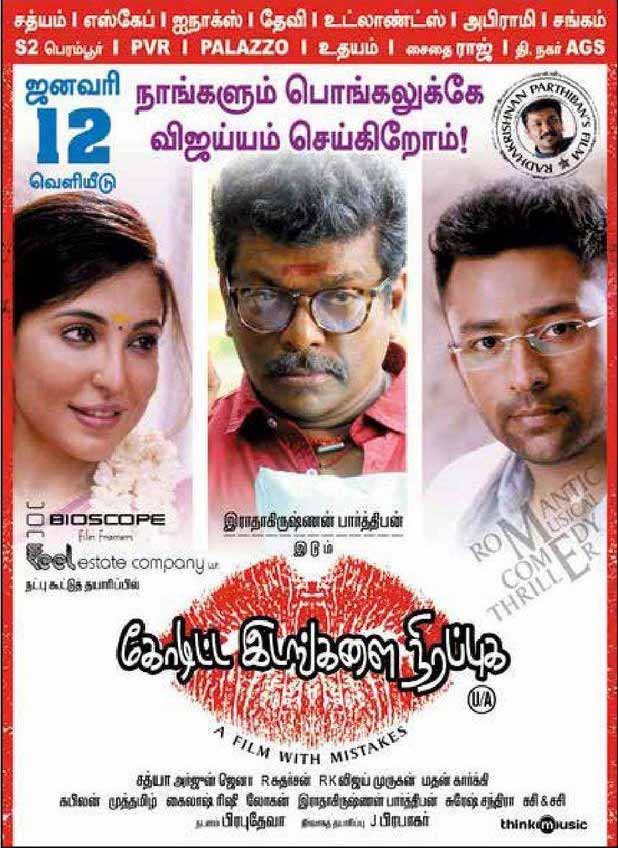 Parvathy Nair is the female lead of this film. Parthiepan himself also appearing on the screen along with the lead roles. Thambi Ramaiah is the major supportive artist of this film. Simran also there in the part of the cast as a guest role. According to the announcement of Parthiepan, Shanthanu Bhagyaraj would play the protagonist in this film. The lead female actor, Parvathy Nair will appear on the screen as the Malayali girl. The film listed under the category of U/A censor certificate.

Recently, the maker has released the sneak peek video of Prabhu Deva’s Choreography for the song of Damukaatlaan. Think Music India had the official rights of Music. T.Rajendar has sung the song, which has specially Choreographed by Prabhu Deva Master. The song has penned by Logan. All the songs of Koditta Idangalai Nirappuga has Composed, arranged & Produced by Sathya.

Arjun Jana and R.Sudharsan are the Cinematographer and editor of the film. Radhakrishnan Parthiban is the producer of this film under his banner of Bioscope Film Framers.

Watch Koditta Idangalai Nirappuga Promo Spots, which has released on December 25, 2016. Also, watch the Damukaatlaan Dumukaatalaa Song Teaser on Think Music India, which has Choreographed by Prabhu Deva and sung by T.Rajendar.