Kollam Puttingal Temple Fire Accident: A major fire broke out at Puttingal temple at Paravaur, Kollam, Kerala today. During Kollam Temple Fire Accident, at least 102 dead and over a three hundred injured. The fire broke took place at 3.30 am Sunday morning. According to sources, the fire could have been caused because of a blast in the firework stockpile, readied for the temple celebrations. The police had already warned temple authorities to restrict usage of fireworks. 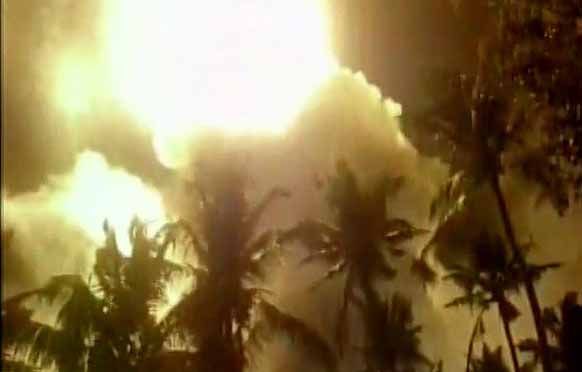 As the temple festival was going on, hundreds of people were present there to see the firework show which was display by the temple authority. Around 3:00 AM, an explosion is expected to have taken place at the Cracker Store Room Kambapuram filled with crackers and pyrotechnics materials.

The affected people includes Men, women and Police officials gathered at the temple festival. All the injured people were taken to Trivandrum Medical College, Trivandrum, Kerala.

A team of burn specialist will be arriving to the spot along with Prime Minister of India Mr. Narendra Modi who are traveling to Kerala. Modi has announced Rs. 2 Lakh to the next of kin of death and Rs. 50000 for those who injured. BJP president Amit Shah has cancelled all his public programs scheduled in Kerala for the day. He will also be visiting the place later today. The below doc shows temple had been denied permission to organize the fireworks. The district administration had banned fire works citing safety norms. 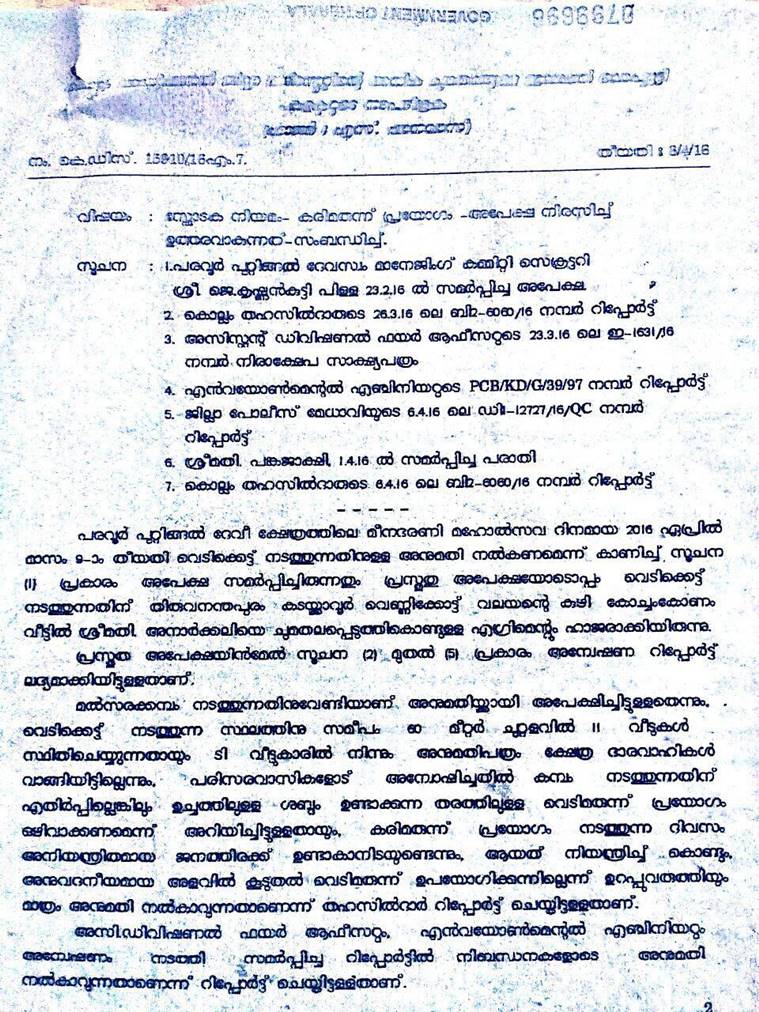 Sources also says, Dynamite has been found nearby the temple which could also be a cause of such a big fire explosion.

I will be reaching Kerala soon to take stock of the situation arising due to the unfortunate fire tragedy in Kollam.

Spoke to CM Oommen Chandy about the fire at a temple in Kollam. Arranging for immediate shifting of those critically injured via helicopter.

People of India are sharing their Condolences and support to the people affected due to the incident. Show your support with hashtag #Kollam #KollamTempleFire #WorldHABKollamSupport