Kings XI Punjab vs Sunrisers Hyderabad, KXIP vs SRH Live Score Updates: The IPL 2016 Match 46 will be held at the location of IS Bindra Stadium, Mohali for KXIP vs SRH. Scroll down to get Full ScoreCard and Highlights of the KXIP vs SRH match.

King XI Punjab Won the Toss and Chose to Bat

Man of the Match is Hashim Amla (Kings XI Punjab)

Get the KXIP vs SRH Full scorecard 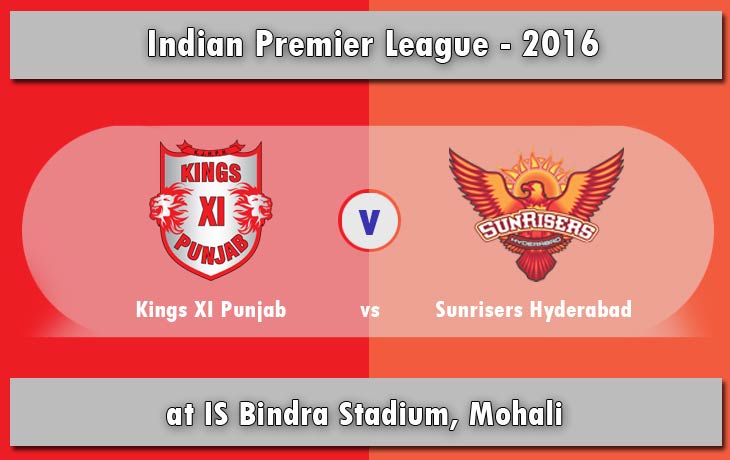 It is Twelfth Match for Kings XI Punjab (KXIP) and Thirteenth Match for Sunrisers Hyderabad (SRH). Both of the team were lead by their Captains as an opening batting.

Were most part of this season, Kings XI Punjab (KXIP) located at the bottom of the Points Table. In this IPL 2016, KXIP scored 8 points by winning four of the matches. But, on the recent days, the Murali Vijay’s team performed well.

David Warner’s Sunrisers stands on the First position in IPL 2016 points Table by winning Seven Matches. But on their recent match against with Delhi Daredevils, the team struggled to score 146. Also, the team lost their Eight wickets for this score. The opponent chased this score with last two over to spare.

If the opener/skipper of SRH, David Warner has been dismissed early mean, his partner drove the game towards winning status. Also, if the team scored well run on their opening itself mean, it is the game of SRH. On the last few matches, Shikhar Dhawan’s hands performed well on air.