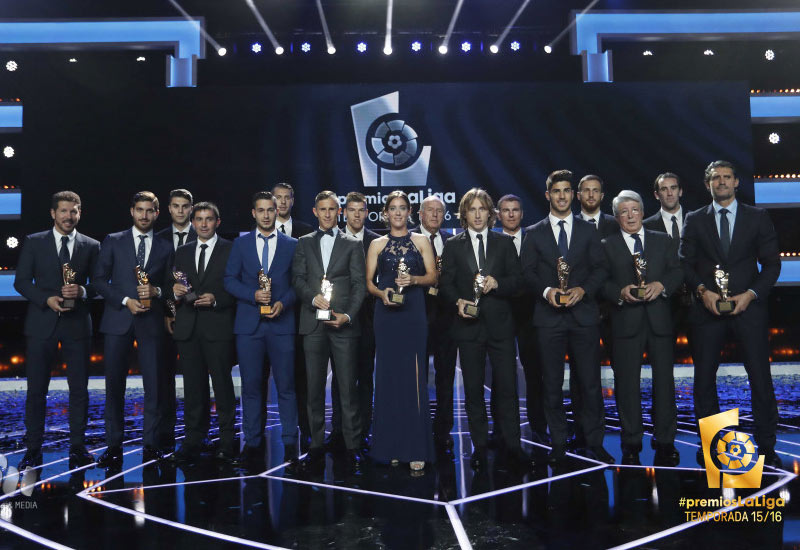 Liga de Futbol Profesional (LFP) was conducted the annual award event with the title of “La Liga awards.” Formally, it was called as LFP Awards. Every year, the association is conducting this event to honor the best coach and player in each position of goalkeeper, defender, midfielder, and forward. All these categories have chosen based on voting by the captain and vice-captains of each club. But, the Best player of the year is selected by the statistic analysis.

For this year, La Liga was selected the Antoine Griezmann as the best player of the year. Atlético Madrid had totally four main awards out of six. Real Madrid and Barcelona had only one main award out of six.

Real Madrid’s midfielder Luka Modric was crowned by the best midfielder of the year because of his part in the eleventh UEFA Champions League title.

Atlético Madrid‘s coach Diego Simeone had the best coach of the year award, and Jan Oblak had the best goalkeeper of the year. Diego Godin was winning the ‘Best Defender of the Year’ award.

Fortunately and surprisingly, Antoine Griezmann is not in the list of the team of the year 2015-2016. But, he had the award title as the ‘Best Player of the Year.’ Check the following list of Team of the Year and individual awards.