Laila Main Laila Song from Raees is Released. Most awaited video song “Laila Main Laila” from Shah Rukh’s Raees released today. The video sees Sunny Leone performing on Laila Main Laila, which will make you stand up and dance on the track of Raees. The Laila track is a Remix of Qurbaani movie’s song with the same name. Shah Rukh and Sunny Leone are seen sharing the screen space in this item song. Raees is one the most anticipated movie of 2017, where Shah Rukh will share the screen with Pakistani Actress Mahira Khan. 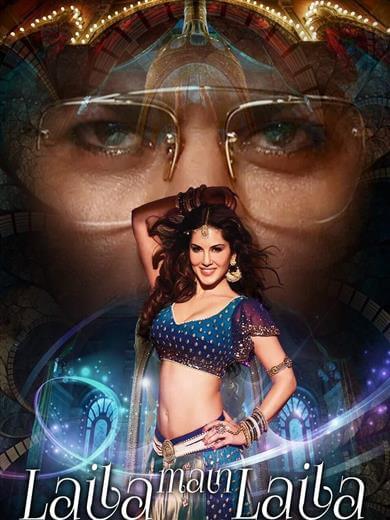 The teaser of Laila Song was released a few days back, and the video was trending all over the internet, and SRK’s fans were waiting for 21st Dec. to watch the complete songs. Today, Laila Main Laila song is released and has gone viral on the internet. Sunny is seen super hot and sexy in the dance number. Set in 1980’s Gujrat, Raees movie will release after a long time on January 25th. The film will see a clash with Hrithik’s Kaabil movie.

While taking to Fans on the Facebook page, Sunny Leone said that she is very much excited about the audience response from Laila O Laila song. She is triumphal to work with Superstar Actor Shah Rukh Khan and get other younger actors. While talking about Shah Rukh, she added that everything about SRK is great. Sunny has rehearsed a lot to match Shah Rukh’s expression and charisma. Sunny will be next seen in Tere Intezar movie which will be a Romantic movie.

Rahul Dholakia and produced by Gauri Khan, Ritesh Sidhwani and Farhan Akhtar under their banner of Red Chillies Entertainments and Excel Entertainments, Raees movie will release on 25th January. Nawazuddin Siddique is seen in an important role opposite to King Khan Shah Rukh and Mahira Khan.