Home » News » Business » Leadership is about These Top 10 Core Values

Leadership is about These Top 10 Core Values

Leadership has many components and can be defined in many ways. At the present, our country, communities and organizations are suffering from a leadership vacuum. It’s not that we don’t have good leaders out here, it’s our leaders are lacking integrity, character and insightful judgement just for basic human decency. When we find great leaders who are dedicated to growing people and solving problems we need to highlight these people and learn from them. There are many qualities that will separate the good leaders from the mediocre leaders.  These are some of the people that should be admired for their leadership qualities:

Towson University Women’s Basketball coach, Diane Richardson is the epitome of dynamic integrity. She is one of the leaders who I would follow off a cliff (1/2 story of course) because in her lifetime as a financial guru and a successful basketball coach she has displayed both honesty and integrity in getting her employees and teams to follow her. She truly wants each individual that comes in contact with her to succeed.  Diane has stuck to her core values and beliefs no matter the obstacles put in front of her life. Diane had two successful stints as the head coach at Riverdale Baptist High School in Upper Marlboro, Maryland. She served as the head coach from 2001-06 and again from 2009-12 and during that time was responsible for all aspects of building and maintaining the nationally ranked program. Riverdale Baptist won five National Championships during Richardson’s tenure and was ranked among the USA Today Top 10 in five of her eight years. She posted a 234-32 record. Richardson was named the 2005 National High School Coach of the Year and also earned district and regional coach of the year accolades from the WBCA. She talks it and walks her success values and this is why people trust her. Anyone who has come in contact with her will tell you the same thing, “Diane changed my life.”

One of the most difficult tasks of a leader is to inspire others to be better than they really are. Achal Goswami who is the COO of Frenchman’s Creek Beach & Country Club, one of the primeir country clubs in the world, understands his employees from all over the world look to him for direction. Over 30 years in hotel, club and hospitality management in Europe, Asia and the United States combined with an unwavering philosophy of service, have earned Achal Goswami a well-deserved reputation as a visionary, strategic and inspirational leader. His calm leadership and his full believe in his employees not just when times are good but when there are challenges, inspires his employees to do more than they thought possible, to learn more then they thought they would and to be better than any other country club in the world. Mr. Goswami’s calmness under pressure is what gravitates people to want to work for him. At Frenchman’s Creek he is credited with a flawless record of member satisfaction that is reflected in both revenue and profit growth, and is responsible for all strategic, long range and financial planning of both the Club and Community.

A frequent speaker at leadership seminars on hospitality management, Mr. Goswami is a respected member of the Club Managers Association of America (CMAA),  and The Chaîne des Rôtisseurs, an international society originally established in France in 1248, dedicated to the promotion of the culinary, enology and hospitality arts through example, education and camaraderie. Mr. Goswami inspires his employees to greatness and this is what makes him the ultimate expert in operating exclusive country clubs. 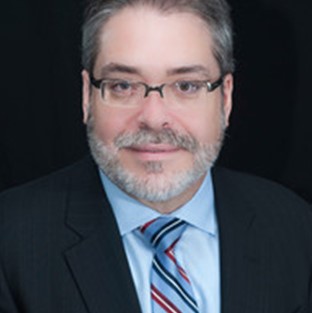 As an effective leader of people in education, Josua Padron, Executive Director of West Coast University in Doral, Florida leads a team of highly qualified educators and professional individuals who are committed to supporting students and student outcomes. In his career, he has been able to assist and influence educational institutions in redefining their vision, mission, and purpose, and implementing turnaround plans to revitalize organizations. He understands that having confidence helps him gain the respect of his employees and peers in the education industry. He believes building confidence in others is critical for achieving success in any organization. Dr. Padron understands that confidence is built over time, and in order to move people beyond their confort zone, it requires they become confident in their roles. His talent has been helping his employees incorporate their individual skills and talents to better the university. Dr. Padron’s confidence in himself and his vision is what gains him the respect of his employees throughout the campus and and in the educational industry across the country. Dr. Padron, completed his Doctor of Education in Higher Ed. Leadership degree at Argosy University, Sarasota, Florida. He completed his MBA degree from the University of Phoenix and his undergraduate degree in religion from Palm Beach Atlantic University, West Palm Beach, Florida.

Decisions are what separate good leaders from the great ones. Sometimes you have to make a wrong decision just to understand how to make good ones. 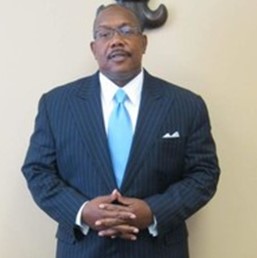 Reggie Moore the President and CEO of Blue Cliff College understands when to bring key holders into the decision making process and when to just make a decision on his own. He’s run some of the largest admissions teams in the country and now overseas 6 campuses in Louisiana, Mississippi, Arkansas and New York. Leadership decisions have to be made everyday by him but his strength is understanding his people and ensuring they are allowed to be involved in the direction of each campus.

I like what Napoleon Hill said in his book – Law of Success:

“If you are one of those who make up their minds today and change them again tomorrow you are doomed to failure. If you are not sure which way to move it is better to shut your eyes and move in the dark than to remain still and make no move at all.

No matter who you are or what may be your life-work, you are playing checkers with TIME! It is always your next move. Move with quick DECISION and Time will favor you. Stand still and Time will wipe you off the board.

You cannot always make the right move, but, if you make enough moves you may take advantage of the law of averages and pile up a creditable score before the great game of LIFE is ended.” 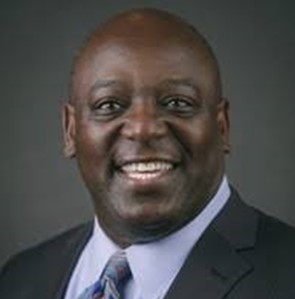 William “Bill” McCormick, Chief Executive Officer of Americlaims Billing, Inc., knows that accountability starts at the beginning of the performance process. He understands accountability is about deliverying on a commitment. Its about being responsible to an outcome. He’s built his reputation and company on the foundation of decisions and being a problem solver for his clients. Leaders who understand how to solve issues internally and with external customers become the go to person everyone trust and wants to affliate themselves with. 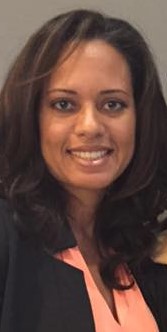 Rosa Asensio Rivera, President of CROEM Inc, operates multiple businesses in the United States and overseas. Rosa understands the importance of solid communication in order to service her clients effectively. Clients don’t always know what they want or need to run their business, because of this Rosa must interpret client wants, develop process flows and system requirements to fulfil client needs then introduce said developed concepts to her Administration, Operations and Development teams. Rosa knows her words can be powerful and can lead teams to do the unthinkable. She’s a visionary who understands what she says needs to be understood in order for her companies to grow. Most leaders don’t understand the power of their words. Rosa does! 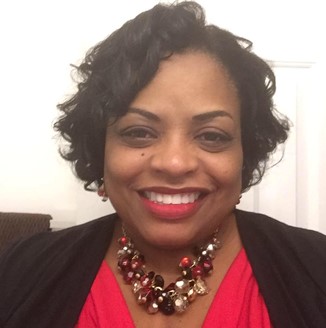 One person I know displays great creativity in her personal and professional life and it’s Michelle Lamb Moone. Operating a multi-million dollar enterprise in the Human Resources industry is no easy task. What distinguishes Michelle from others is her desire to out work and out research her competitors. It’s not easy being creative and innovative at the same time. Michelle has always thought outside of the box to keep her company at the top. She’s a life changer because she cares about her team and expects them to care about others. Not easy to do but this makes Michelle L. Moone one of the great leaders of our time. 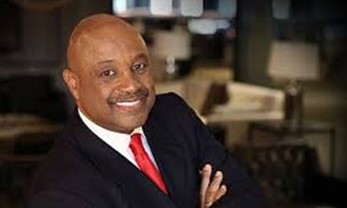 What I learned from my mentor Willie Jolley, one of the best speakers I’ve ever heard is, don’t be predictable and always do something unexpected.

With that in mind I will only give you 8 qualities instead of 10 only because giving you 2 more would be to predictable.

Great leaders have to learn how to lead and they really understand people in general. The best leaders understand their employees strengths and weaknesses and they will expose their strengths as much as they can. Great leaders can’t be afraid to make other people look good. They understand they don’t have all the answers and bring in people who can do things they could never do. It’s not hard but your heart has to be in the right place otherwise our so called leaders are just working to accomplish some goal or work on some mission without the input of their most precious commodity – their people.

He is an international Speaker/Consultant on Accountability issues and communications within education. He is the author of the Business Bestseller “Speaking To Excel” He has spoken to many large and small groups on topics related to higher education, management, leadership, and personal accountability, among others. Visit www.jamesamps.com

Useful Tools That Can Streamline Your Business’s Operations

Dream to Become Smarter? Here Is How You Can Do It

How does leadership management help an organization to evolve?