Ledger Nano S Reivew: One of the leading hardware wallets manufacturers is the Ledger. If you are looking to buy this wallet, then just read this review once before any actions. Hardware wallet is the physical piece that keeps your cryptocurrency more secure since it is considered to be a form of cold storage. Ledger nano S is one of the popular cryptocurrency wallets that support to store the wide range of crypto coins.

However, it is a little expensive than TREZOR One which is the main competitor for Ledger Nano S, while it gives high security for their coins of users with the help of an easy to use interface.

Ledger founded in 2014 which has the team of over 130 professionals. As of now, it is a leader in security and infrastructure solutions for cryptocurrencies and blockchain applications. They are good in the manufacture of products that to safeguard cryptocurrency assets for individuals and companies. 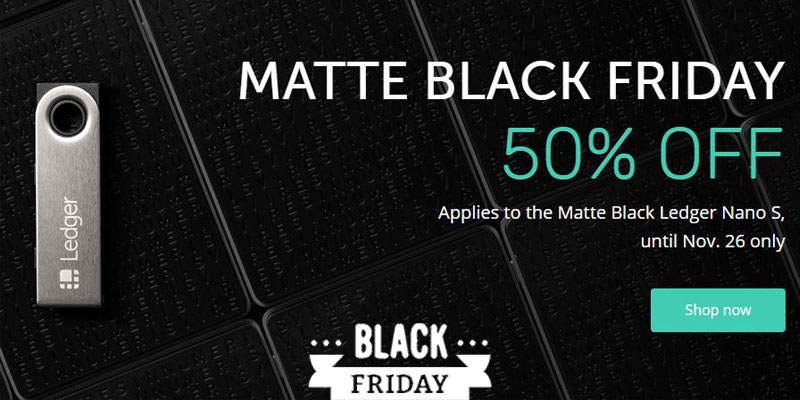 The Ledger Nano S is small and compact and also it has a metal casing which makes it more durable. As mentioned before that it is small, so it fits easily into pocket or hand. The work of Nano S looks pretty similar to any hardware wallet.

Click here to get 50% OFF Deal on Nano S

You need to set it up with the PIN to protect the device from unwanted access. Then, you should use the 24-word seed which will receive that will be used to create your private keys. It is important that you should note down the seed in the safe place (not on the computer) if someone knows this seed has control over your Bitcoins.

The device, Ledger Nano S has two buttons that allow you to control it. The initial setup takes only three minutes which is pretty simple. While writing the seed takes some time. The seed words are only shown on the small device screen that is tamper proof. So you can only see your seed.

After the process of the device set up, Need to install Ledger Live, a desktop app that allows the user to interface with the device like sending and receiving Bitcoins. By using the Ledger Nano S, the user can also to secure their existing software wallets such as MyCellium, Electrum, MyEtherWallet and more.

It is available usually for $99, but now you can buy Matte Black Ledger Nano S on 5% Off until November 26. So, now it is available in the cheaper price than before and also than any other hardware wallets like the TREZOR One and the Archos Safe-T.

Final Verdict: Ledger Nano S is available with the affordable price tag. One of the biggest and special features is that it supports almost all major coins in the cryptocurrency market. Ledger Live interface is another cool thing that makes the job easy. So, Ledger Nano S is one of the best wallets to keep your coins safe.

Now go and grab the deal! 🙂