The Group F have four teams and today’s Legia Warsaw and Real Madrid will clash with each other at Pepsi Arena. The Legia Warsaw stands fourth place without any points in three played (W0 L3 D0). Real Madrid is standing at the first position in its Group Stage with the two winning out of three games (W2 L0 D1). The team earned seven points in its three played. 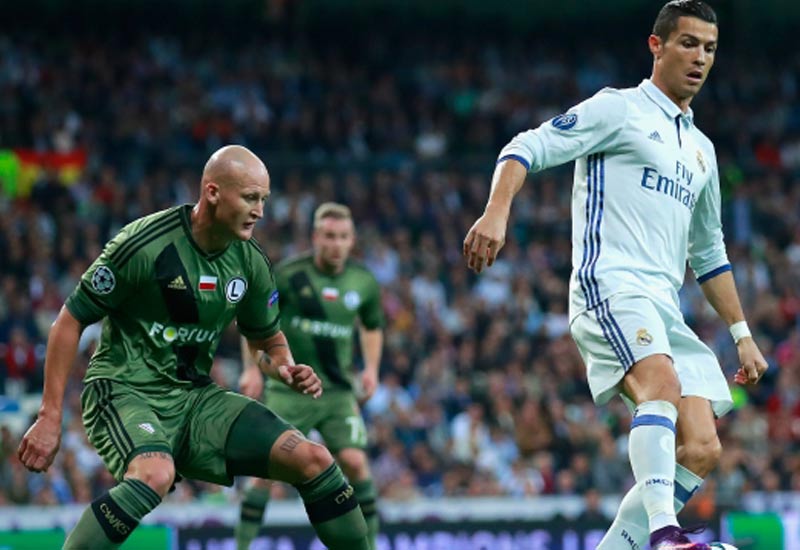 BBC will cover the Legia Warsaw vs Real Madrid Match as live on BBC Radio 5 live and BBC local radio and also, the viewers can check the official BBC Sports for the Live commentary via text.

Last Head to Head Match Analysis: Both of the team has faced each other recently on October 19 and the match ended with the result of Real Madrid’s 5 goals and Legia Warsaw’s one. After that match, both of the team faces today’s Champion League as second time.

The Legia Warsaw had only one win in its last five games in all competitions against various teams. Also, the team had one draw and with three losses. (W D L L L)

Jacek Magiera: “Have we analysed their game? Of course, but we did not show our players their matches against giants like Bayern [Munich] as that is not our level. Instead we showed them bits from Real’s games against smaller Spanish teams — that was more useful for us. We tried to focus on one of their deadliest weapons: counterattacks. In this respect, they are absolutely world-class and we will try to find a way to stop them on the break.”