Leicester City V Derby County: Leicester City meets Derby County on Wednesday night at the King Power Stadium, to seal their spot in the fifth round of the FA Cup. They both met in their last game on January end and the match ends 2-2 draw. Fox's key player Ulloa was out due to an injury. So it will be an interesting clash tonight between Leicester and Derby.

Goalkeeper Jonathan Mitchell is handed only his third senior start for the Rams, full-backs Cyrus Christie and Max Lowe are recalled after injury lay-offs, and Jason Shackell makes only his third start since September in central defence. Read about the confirmed lineup of today's FA Cup against Leicester City and Derby County. 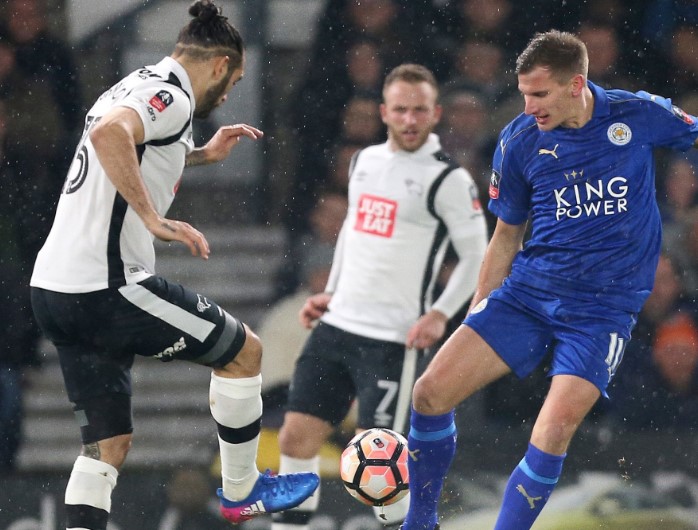 Leicester City vs Derby County Live Streaming will be available on Fox Sports 1 channel. UK football fans can follow this match on BBC one UK.