Leicester City vs Middlesbrough Live Premier League: Leicester City might have strikers Islam Slimani and Leonardo Ulloa from injury, but Ben Chilwell, Nampalys Mendy, and Kasper Schmeichel will remain out. Danny Drinkwater has accepted the charge of violent conduct on Thursday and will be unavailable for today’s match and also in Leicester’s next three Premier League games. Middlesbrough will play without defender George Friend, which Aitor Karanka confirmed will be out for at least three or four weeks. 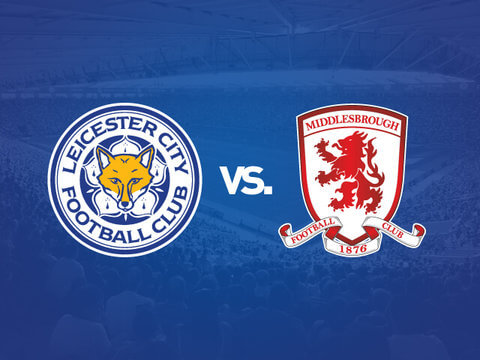 You can watch Leicester City vs Middlesbrough live at NBCSports or WORLDHAB’s Facebook Page.

Leicester City has won more when compared to Middleborough in their previous meetings. Leicester has 20 wins under their name. Middleborough has won 16 games against Leicester in their 54 meetings with 18 draw.

Last Five Matches of the Leicester City and Middlesbrough

Leicester City has won only once from the recent five matches. Also, the team had an experience with two draws and two loss in this past five games. Leicester City has lost two games against Watford and West Bromwich Albion.

Middlesbrough has also not played well in their last five matches. And the team has won only one matches by scoring two goals against AFC Bournemouth. All other games out of five had ended with the result of two Loss and two draws.