Lenovo K8 Note launch event is scheduled officially in India on Wednesday, August 9. People who all loving the brand can watch the live event on your smartphone and computer. As per the announcement, the Lenovo K8 Note will unveiling at 12 pm in the head of India, New Delhi.

The company already released the K8 Note teaser, from that, it is expected the smartphone will reach the public with good camera, big battery and a metal cover on the back side of the phone. The another Killer note will launch with extraordinary features. Need to wait for the official specifications! 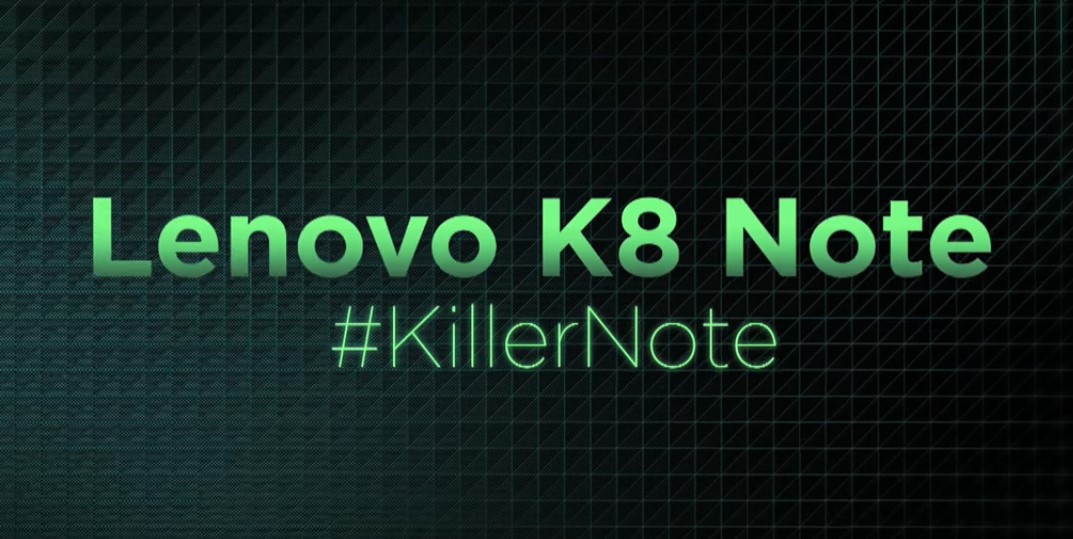 As per the sources, the smartphone will available without any pre-loaded apps unnecessarily and also it will not much complicated. Android Operating System 7.1.1 has only used in this device without any skin over.

Also, the phone may looks with the 5.5-inch HD display, inside it is either Qualcomm Snapdragon 625 octa-core or 1.4GHz Mediatek MT6797 Helio X20 processor. From the teaser, we can guess that the power of battery will be 4000 mAh and more. The internal storage of the phone is expected with two different variants such as 32GB and 64GB with common 4GB RAM on both.

Said previously, the phone will be all around the camera and battery upgrade from the company’s previous smartphone series which launched in 2016. So, the price range of the product will be about Rs. 15,000.

Lenovo K8 Note will be available on online after the launch. People can buy through Amazon exclusive.

Official specification of Lenovo K8 Note will be shown in the the launch. More other announcement related to the company is also expected. Watch it on 12 pm noon.