Fly tipping, or the illegal disposal of waste in public areas, has exploded across the UK over the last decade. The years 2016/2017 saw a new five-year high in fly tipping and represents a trend that shows no signs of abating. In the process, England has been besieged by blight that experts and researchers warn is a threat to public health with catastrophic effects on the environment. Almost as dire as fly tipping’s environmental consequences are the associated costs: over 1 million reported incidents this past year alone with total clearance exceeding £58 million.

The clear majority of fly tipping (67%) involves household waste that fits the ‘small van’ size category, meaning the average waste dumped per incident can fill the interior of a small van. Studies also show that almost half of all fly tipping incidents (49%) occur along highways and often consist of construction debris, garden rubbish, business waste, and white goods such as freezers, refrigerators, dishwashers and more. The fly tipping dilemma has grown so urgent that it now comprises the second most common enforcement action (12%) behind investigations. 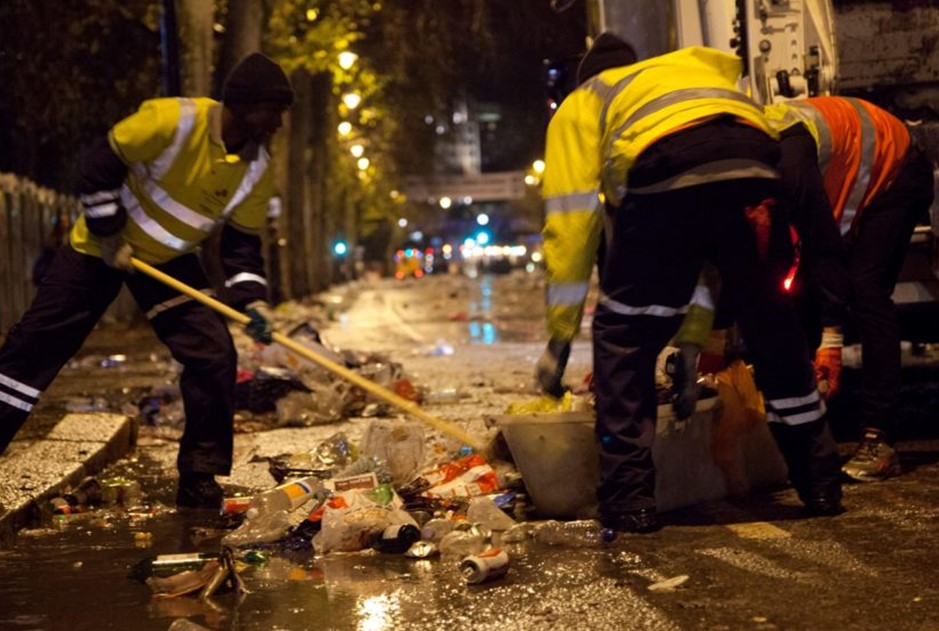 To help combat this scourge and make England cleaner is the rubbish removal company Clearabee, who aims to make waste collection more convenient for the average resident. Rather than dumping their waste on public land, residents may utilise Clearabee’s versatility in removing most rubbish streams. This includes everything from garden waste to construction rubbish, junk wasting away in storage, oversized materials, and even home improvement and business-related waste.

Aside from restoring beauty spots and decluttering footpaths and alleyways, rubbish removal services like Clearabee bestow more practical benefits to the average resident. For example, clearing rubbish not only frees more space, but it might possibly snag residents a nice financial windfall, too. The average UK three-bedroom home currently houses 4.8 square metres covered by unused and unwanted junk, or 6% of total floor space. This costs residents nearly £10,000 annually. By tidying up, there is more home to enjoy and more money to spend.

Rubbish removal is now a hardship for so many residents thanks to the cost-cutting efforts of town councils throughout the UK. Councils have shrunk tip hours, increased removal fees, and slashed waste disposal schedules to one collection per month. After waste builds up, most residents lack adequate transport to dispose of it, especially oversized materials such as white goods and the like. Clearabee has heard these complaints and contoured their services to address them.

For instance, Clearabee offers same- and next-day service to expedite rubbish removal. If same- or next-day is not convenient, residents may arrange a time that fits their schedule. Furthermore, residents who must step out during their rubbish removal may prepay without the need to be physically present. This is true even with large volumes of rubbish and oversized waste, both of which Clearabee can handle with ease via their ‘Man and Van’ service.

To be sure, the task of making Britain cleaner is made more difficult due to the sheer prevalence of fly tipping. Indeed, the plague has spread in every direction, from Scotland to Northern Ireland, Wales to East Anglia, and all points between. Moreover, each region reports a surge in fly tipping incidences compared to years past, particularly London, which ranks worst in the country. People need a solution that favors everyone rather than one locale.

Clearabee has this covered, too, employing a fleet of 65 vehicles across every region of the UK. Their same- and next-day services are guaranteed no matter where the resident is located, making it simple and convenient for anyone who has grown weary of looking at their rubbish for one more day. This ready availability applies whether the job requires Clearabee’s ‘Man and Van’ service or a smaller skip bag pick-up.

Rubbish clean-up is a daunting task, but it starts with viable, affordable alternatives to standard council-led waste collection. Any mission such as this should help residents who are overloaded with junk and rubbish to take matters into their own hands whilst saving both time and money. This mission will not be fulfilled overnight, instead being gradually manifest through the slow and steady work of eco- and resident-friendly companies like Clearabee.