Spain scored thirteen points in the last five games and Macedonia scored only three points. Both of these two teams meet each other again today on June 11th Sunday at Philip II Arena. In the last game between Spain vs Macedonia, the game ended with the result of Spain’s 4-0 win. The Fyr Macedonia won only against to the bottom most team Liechtenstein.

The Macedonia have lost four matches against Albania (2-1) in the first game, Israel (2-1), Italy (3-2), and Spain (4-0). But recently, the team had a win over Belarus and also a draw against Turkey in the friendly matches.

The Spain have won four matches and a draw as equal to the same strength of Italy. Both of the team have same points and same statistics in last five matches in the WCQ. Spain also played three international friendly matches in between the qualifier. In the recent games, Spain won a match against France and draws two to England and Colombia. 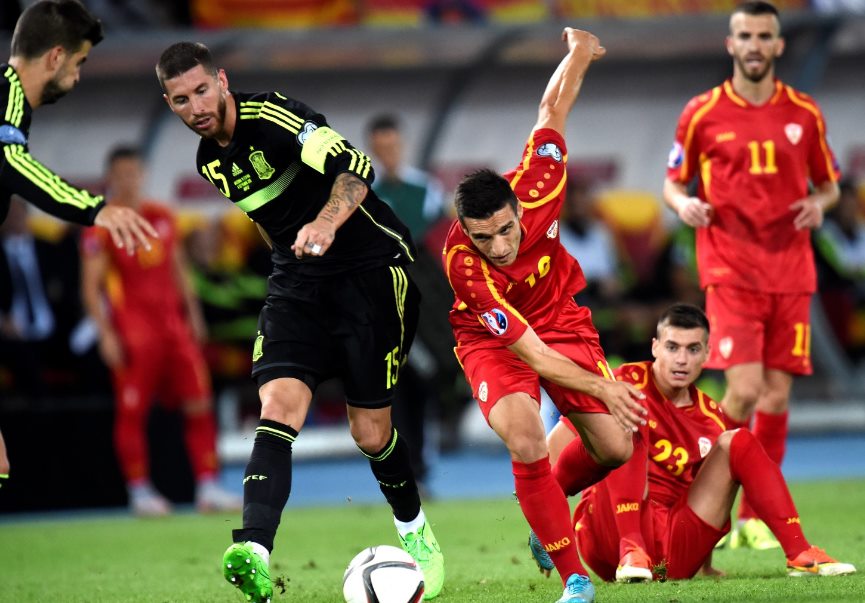 Prediction: Spain continues their way of winning matches in this second leg also. The team performed well in the recent friendly matches. Stay tuned for the more latest updates along with the final score of this match.