The popular South cinema actress’ social media accounts are hacked. The actress Madonna Sebastian posted on her Facebook page as someone hacked her facebook account and also the tweets. The social media hacking is becoming as a daily news at this recent days. After Trisha, and latest Suchitra’s twitter account hacks are created major impacts in Kollywood industry. 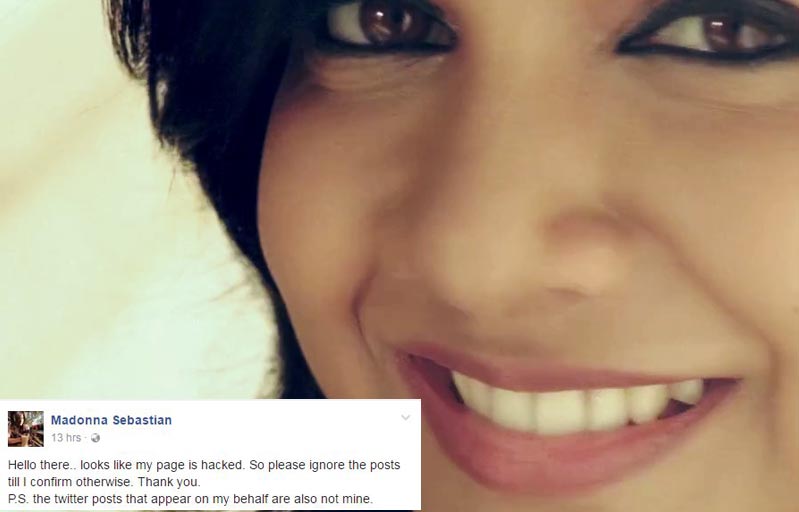 She posted “Hello there.. looks like my page is hacked. So please ignore the posts till I confirm otherwise. Thank you. P.S. the Twitter posts that appear on my behalf are also not mine.”

According to the sources, the actress has already informed about her Facebook page hack to the Facebook company, and it is likely she may also file a police complaint as soon. On these recent days, the hackers are targeted the leading actresses social networks for illegal processes. After the hack of Madonna Sebastian’s Facebook and Twitter, the hackers are yet to post any controversial information on her Facebook page. Biggest thank to god..! On the film front, Madonna has Vijay Sethupathi’s Kavan and she will also be seen playing a special cameo in Dhanush’s Power Paandi.

The current leading female artist of South cinema, Madonna’s upcoming film with Vijay Sethupathi, Kavan is set to release on this March end. Also, she will appear on April under the directional film of Dhanush’s Power Paandi. She playing as a special cameo in that film. The Power Paandi Audio will release tomorrow on March 9.