The fast moving Malayalam industry had many lead actors. One of them is Kerala’s Megastar Mammooty. He will ready to release his upcoming “The Great Father” before this end of the year, 2016. He will appear on screen along with the actor Prithviraj Sukumaran. Also, he is doing another big job in this project as a producer. Also, three more producers are there for this project, because it is a Big budget flick. The Great Father Release Date poster shared over the social media Today on September 20, Tuesday. 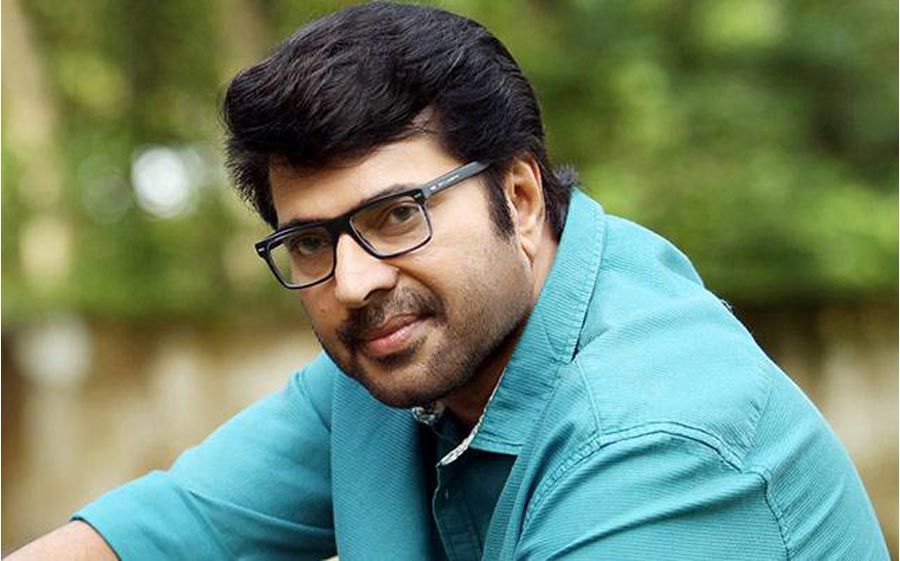 The Great Father First Look poster was released on Mammotty’s 65th birthday on September 7. After that, here another latest news has revealed as the Thoppil Joppan audio launch to be held on September 21, 2016. Also, Haneef Adeni’s debut film ‘The Great Father’ release date have out on the Internet recently. It roaring over the social media, the poster said that the movie will be hit the screen from the day of Christmas celebration on December 24, 2016. Kasaba and White are his recent films. As per the expectations. Both of the films was enclosed with good reviews.

The film early rumored as My Dad David, before the First Look release. The Tamil familiar actress Sneha will act as a pair of the megastar. It is Sneha‘s comeback movie in Malayalam after six years of gap. Because of her personal life as a marriage, her newborn son and others. She also not appear any other Tamil films in this duration. At present, she signed one more film in Tamil with ‘Thani Oruvan’ fame Mohan Raja. She will not be played as a lead female role in this movie along with Sivakarthikeyan. 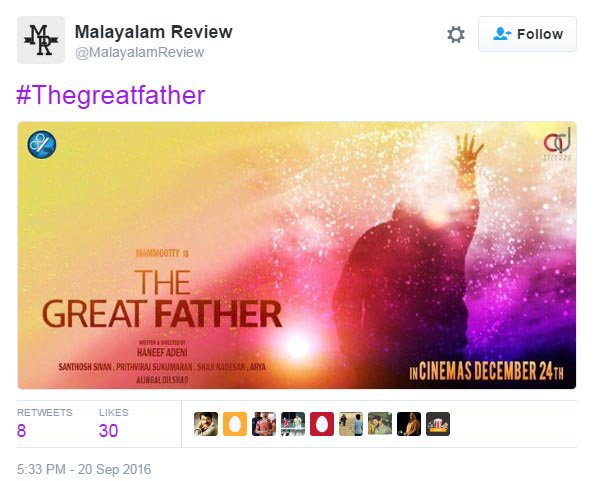 Here, one more Tamil actor will contribute his acting in this movie. He is one of the playboys of Tamil industry, Actor Arya. He already shared his face for the Malayalam film in Urumi and Double Barrel. Prithviraj Sukumaran, Santhosh Sivan, Shaji Nadesan, and Arya are the producers of this movie. And the film will be out under the banner of August Cinema. The team will start the shooting by this month over the locations of Wagamon, Kochi, and Thrissur.