Manhattan: The rock explosion has happened in the Chelsea neighborhood of Manhattan on Saturday night (Sep 17). Due to this incident, at least 25 people being injured on the spot. The official fire department has said that there are no major injuries. Some of the sources said as the Manhattan Rock Explosion has made 30 injuries. 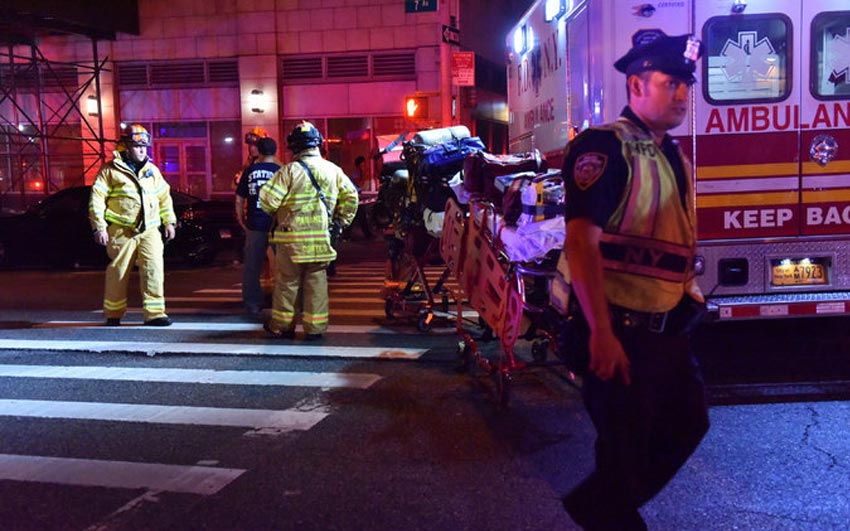 Manhattan is one of the boroughs in New York City of Five. It is a town which has more density of population of the five. The report says that the explosion has happened around 8:30 pm (local time) at 133 West 23rd Street, near the Avenue of the Americas.

The American President Obama gave a statement regarding the development of New York City and about the Manhattan explosion. In that statement, he said “The president has been apprised of the explosion in New York City, the cause of which remains under investigation.”

The NYPD Special ops tweeted at 11 pm for the people as to avoid the location. And the police said that the posiible secondary device has been found in that street.

The officials said that there is no evidence for the terrorrist activities. Even though the investigation is on process. The blast shattered windows of the five-story building has made the debris in that street.

The task force of federal Bureau of Alcohol, Tobacco, Firearms and Explosives was responding about this incident, concerned officials said on Twitter. Also, Homeland Security Department has gave a response from their side.