Mannavan Vanthanadi First Look: The Upcoming 2017 Santhanam – Selvaraghavan Combo alongside Yuvan Shankar Raja’s musical is started shooting at this end of the year 2016. The makers have released the First Look poster today on December 29 on Thursday morning. Check the poster here below.

Mannavan Vanthanadi 2017 film by Selvaraghavan, which is producing by the Sushant Prasad under the banner of A Glo Studios Production. The film is expected for Summer 2017 in the middle of the year. The Comedy supporting actor turned lead star of the Tamil movies Santhanam had various projects in his hand for the upcoming year of 2017. Mannavan Vanthanadi (2017) is one of the most expecting films of the year. Because of this film director and music director combo had massive success in their history. However, Santhanam will be going to show his another side of face gradually in his films recently. 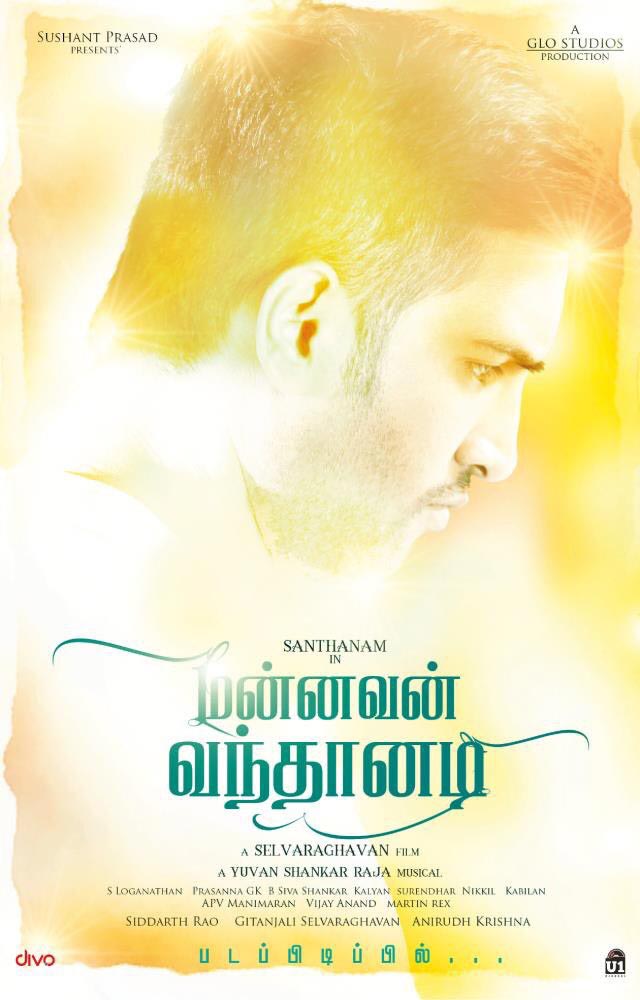 Mannavan Vanthanadi 2017 is to be a romance flick of Santhanam and Selva Raghavan. The film will be completed as a quickie. Recently, the actor Santhanam and Simbu (STR) created the massive impact on Twitter by announcing the project of Santhanam – Simbu combo. Simbu turns as the Music Composer for Santhanam’s next VTV Ganesh film in Tamil.

Selvaraghavan’s ‘Nenjam Marappathillai’ is almost completed and the film is expected for the early month of 2017. SJ Suriya’s Psychological horror drama film with the lead female actors of Regina Cassandra and Nandita Swetha.  Gautham Vasudev Menon’s Ondraga Entertainment and Sushant Prasad’s GLO Studios are the production companies of this film. Escape Artists Motion Pictures and Southside Studio will release this film as soon in the first half of  2017. Yuvan Shankar Raja is the music director of this film as well. The cinema fans of Tamil Nadu is expecting this combo as always. U1’s music and background score has noted more on his recent release of Chennai 26 II innings.