Master OTT Release date Confirmed: The digital streaming platform has released a smashing brand new 3-minute (approx.) trailer of actor Vijay and actor Vijay Sethupathi’s film, confirming the Master OTT release date as of January 29th, 2021. From the trailer, we could say that the version seems to be an uncensored film on digital.

This is the first time in the Tamil Cinema industry, bringing about an OTT release in just 16 days of theatrical release. While the film has collected over Rs 220 crore in the box office worldwide within thirteen days.

Amazon Prime Video India released the 2 minutes 35 seconds Master Trailer with the description of “The film Master is about JD a Personality Development professor. He is addicted to alcohol due to depression. There comes a moment that forces him to leave the college and go work as a teacher at Juvenile for a few months. As JD spends time, he comes to understand that the youngsters of the detention home are being exploited by a deadly gangster Bhavani by pushing these young minds into addiction.”

Along with that, it shared more other details of the film on the movie release page;

According to the public point of view, few of them felt that the runtime of the movie could be less. Somewhere in between the films, most of the auditions felt the time lag. The director used the screen space equally for both of the characters. However, the female lead artists were used less in the movie because of the story plot. The music composer Anirudh Ravichandran joined hands for the first time with this director and did his job as fantastic by using English song lyrics until JD turns into a serious character because of an incident he faced. Actor Vijay Sethupathi’s Bhavani character will talk for long for sure. The director used most of the YouTube stars in the film. 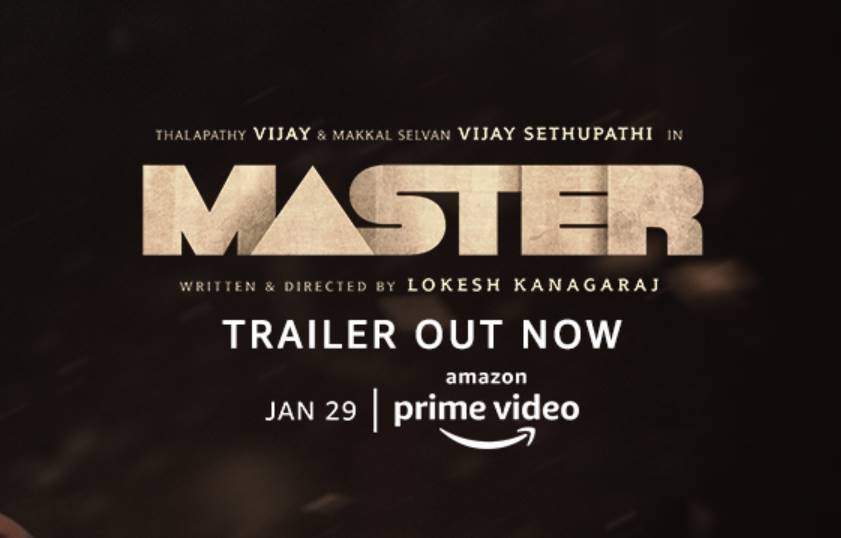 Actor Vijay said, “I am glad that the fans can enjoy the film on Amazon Prime Video in India and across the world” and added “I am certain that the interesting duel between John and Bhavani will take the audiences on a roller-coaster ride of action, and drama,” the actor said in a statement.

Writer and director Lokesh Kanagaraj said he is extremely fulfilling as a filmmaker to have the film’s global digital release on Amazon Prime Video. He said, “The audiences from across the world can enjoy the movie starting the 29th of January.”

Vijay Subramaniam, Director and Head, Content, Amazon Prime Video, India, said “Master is one of the most anticipated Tamil movies of the year and the company is glad to have the opportunity to bring the movie to Prime members in India and across 240 countries and territories this month.”

“With this digital premiere, we are happy to provide customers with the choice of enjoying the latest Tamil blockbuster movie from the safety and comfort of their homes, not just in India but across the globe,” Subramaniam added.