Rising Pune Supergiants vs Royal Challengers Bangalore, RPS vs RCB Highlights: MS Dhoni Won the Toss and Chose the Second innings for their Batting. That mean, RPS chose to Field First on 16th Match against with RCB. Scroll down to view the Full Scorecard and MI vs RCB Highlights. 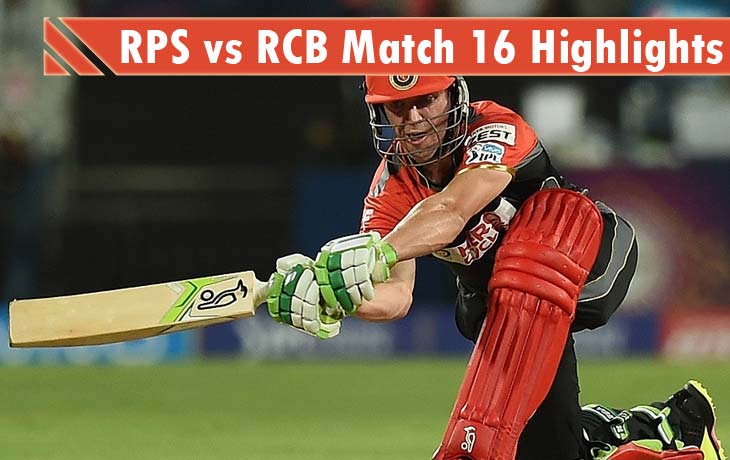 The RCB skipper Virat Kohli and AB de Villiers Partnership scored 155 runs with the Kohli’s 61 and AB’s 83. Before that, Kholi alone scored 19 runs with the opening Partner, Lokesh Rahul. 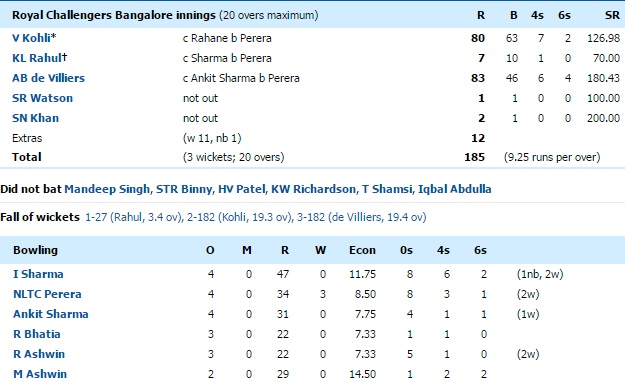 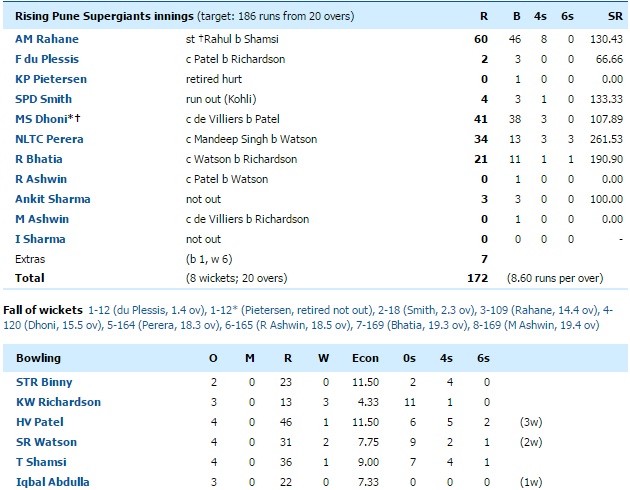