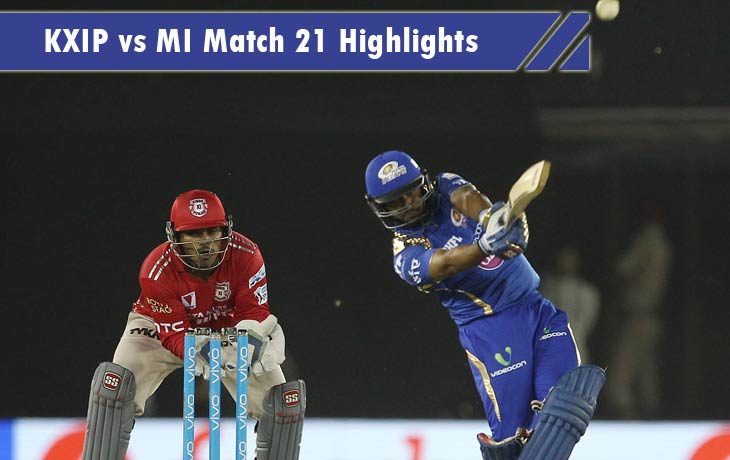 The Opening Batsman of Mumbai Indians, Pathiv Patel scored 81 runs in 58 balls with 10 Fours and Two Sixes and finally caught by Marsh on the bowling of Johnson in the strike rate of 139.65.

And the Ambati Rayudu played after the wicket of the team skipper Rohit Sharma as Duck. Rayudu and Parthiv Patel take over their Match and Played well. Rayudu caught out at the over of 14.3 by Vohra on Patel ball with the score of 65 in 37 with Four Sixes and Four Fours.

Buttler also shared his well performance on that ground with the score of 24 in 13 balls with a Six. Remaining Players are went out at the Last Over of the Match because of their Six trying shots. Finally the team scored 189 runs in Five Wickets.

After the interval, Kings XI Punjab opening batsman came into the ground and played with the beginning shots as well. But unfortunately Murali Vijay went Out with the score of 19 in 13 balls with a single massive Six.on the over of 2.5.

His opening partner also didn’t played well, Manan Vohra also caught Out by Buttler on the 4.5th ball with the score of 7.

The team Captain, David Miller also performed well and struggled to win the Match. But he can’t able to do that.

The Evergreen Players of Marsh and Maxwell also performed well and whereas Marsh scored 45 runs in 34 balls with Three Fours and a single Six. Maxwell was bowled on Bumbrah’s 17.1st ball with the score of 56 in 39 balls. 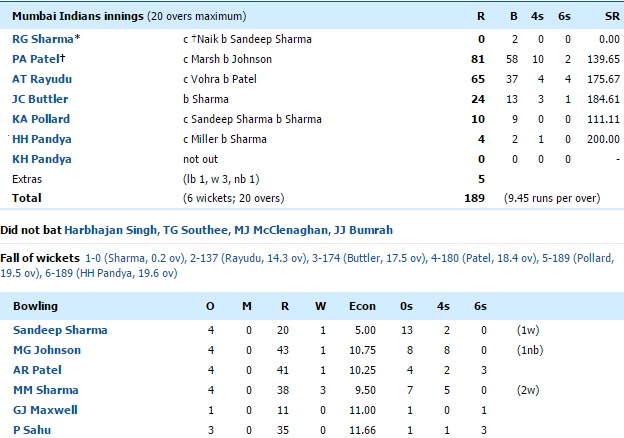 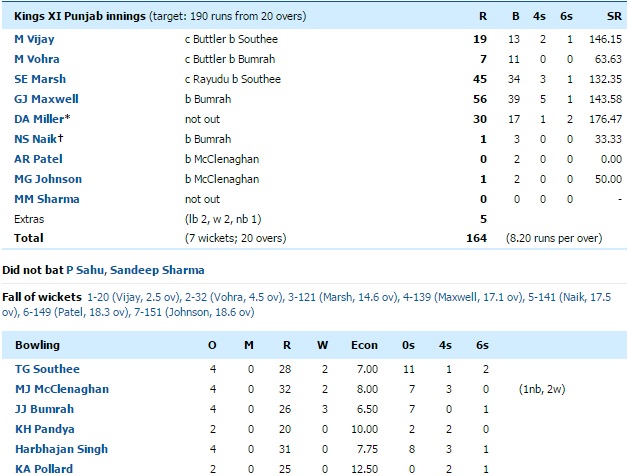