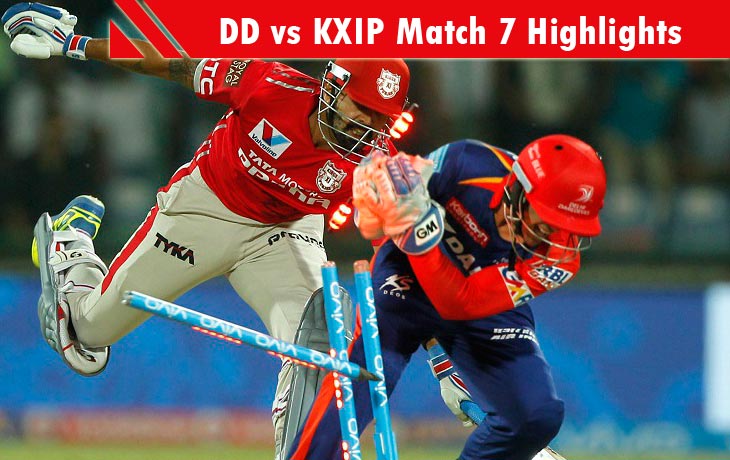 Kings XI Punjab made this match as their last one. Here the players of Punjab getting negative feedbacks from their and out Fans. The opening batsman Murali Vijay dropped in the over of 1.3 by Run out. The next Batsman Marsh also went out by 13 runs with two Fours on 16 balls. Miller and Maxwell both are dismissed on the over of Mishra with the score of 9 and 0.

Amit Mishra is the current hero on the ground, because of his Four key wickets such as Marsh, Millar, Maxwell and Vohra. All the wickets are included within three overs, he enclosed his economy rate as 3.66.

Read about the Preview of the Match 7 DD vs KXIP

All other middle players and bowlers are also sent out rapidly. Even though at the end of over, Sahu made the little satisfaction for their team by hits the ball toward Six. Finally, the team scored triple one (111) for 9 wickets.

Quinton de Kock started the over with a single Four on Fifth ball of the first over. His partner Shreyas Iyer take the second over of the second innings and scored three runs. At the end of Second over, the team total score was 9.

Yoo..! It is Out. Iyer, Wicketkeeper Saha catch that ball. The New Man Sanju Samson is on the ground with the  bat. Continuous Dot balls by Sandeep Sharma. It is Maiden Over..!

Samson played well and got the score 33 with a Six. De Knock completed his Half Century with the winning status of Daredevils with 39 balls remaining. 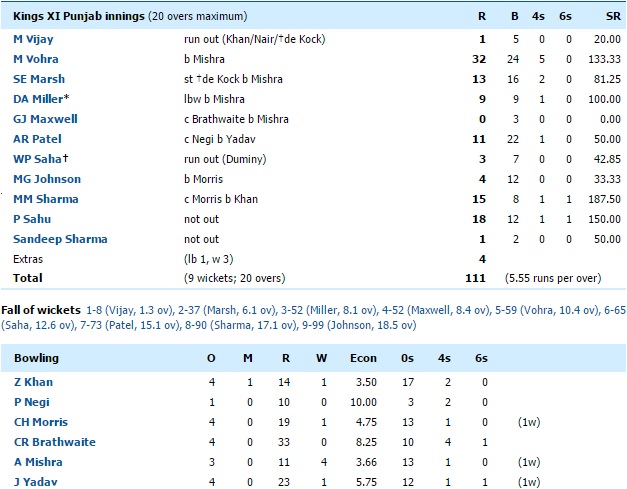 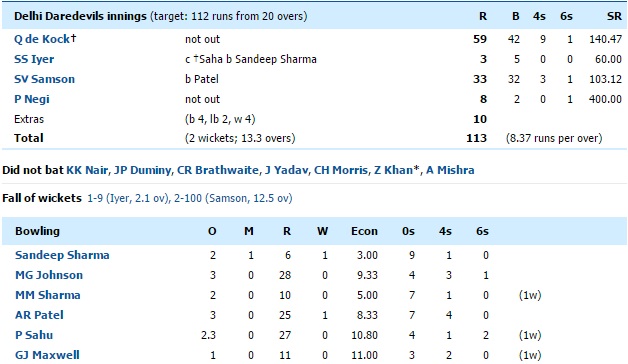