Meeta Vengapally is one badass woman of success. Working from being a beginner in the fitness industry, to rising to the top of her field. She is the founder of Garnysh, a fitness & tech startup in Silicon Valley. That’s not all, because we are just warming up. Beginning in Silicon Valley, Garnysh first offered a nutritional meal plan delivery service through centrally located gyms. It wasn’t long before these gyms began selling Garnysh meals to all their customers. Garnysh became a household name in the fitness industry. Meeta began seeing people become healthy and more focused in their fitness regiment because of Garnysh.

Featured in Forbes, Entrepreneur, MSN, Thrive Global, Buzzfeed, and the Chicago Tribune, to name a few, Meeta soon figured out that in order to truly help people and to keep her company fresh, Garnysh had to evolve. This evolution resulted in the creation of a fitness tracking app that also provides daily motivation. The app is called Badazz Bod and is currently being beta tested in limited areas. 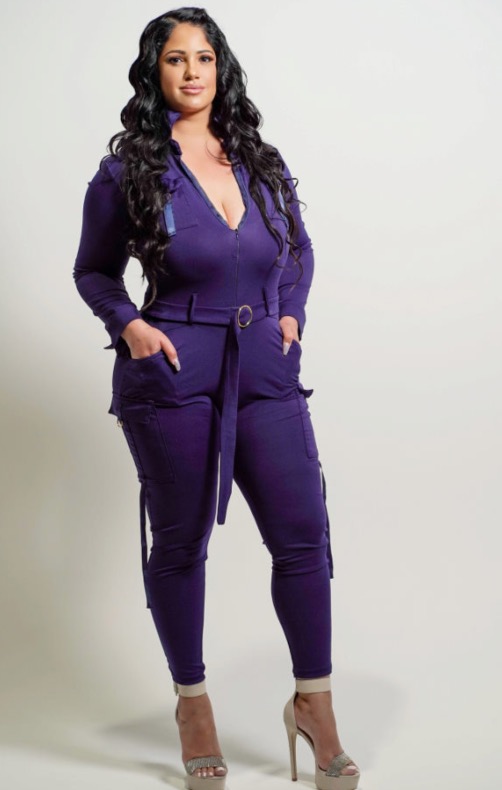 In order for Meeta to keep her company on the cutting edge of success and moving forward, she has had to hire the right team and overcome the many challenges of a woman being in business today. Balancing career and family, Meeta has kept her journey with her company on track. Because of her determination, the word failure is not in her vocabulary.

Meeta is always working on other projects as well as being a mom to two very active kids, Winston and Sitara. Even at their young age, they are already gaining recognition in the entertainment industry. Winston just completed a music video for the popular Rock N Roll band, Pop Evil’s top song: Be Legendary. It is currently in top 10 charts worldwide. And, Sitara just did a commercial with Adidas for International Woman’s Day and represented the sport of soccer for the brand. She also recently got recognized by Netflix for a shoot and we are waiting to learn more about this project.

Meeta’s success with Garnysh has led to her becoming the face & spokesperson for various brands in fitness, fashion, beauty, and lifestyle. and working directly with Oscar winning producers & directors. She chooses the most talented people to including a separate team which works on new projects. She receives daily calls for advice on social media campaigns, sponsorships, and branding, in order to help other entrepreneurs like herself become successful. With over 147,000 followers on Instagram, Meeta is seen as leader in her field, and someone others are now looking to as a model for their business.

Meeta was interviewed by the Chicago Tribune for International Women’s Day this past year because of her independent spirit and fierce leadership as an entrepreneur and a woman in business. Her overreaching theme while growing her business, and developing new ventures, is to now help beginners in business. Empowering others to make it all happen, Meeta is the badass woman entrepreneur to be watching.

Sterling Media Shares the Best Advertising Campaigns Of 2019 So Far