From the Mersal, the maker released two songs so far as singles on different dates. This is the Thenandal Films production’s 100th film and also AR Rahman celebrating 25th year in this cinema industry. The actor Ilaya Thalapathy Vijay also celebrating his 25th year. All the magics are formed together and will make a grand audio launch ever at this situation in the Tamil cinema industry. 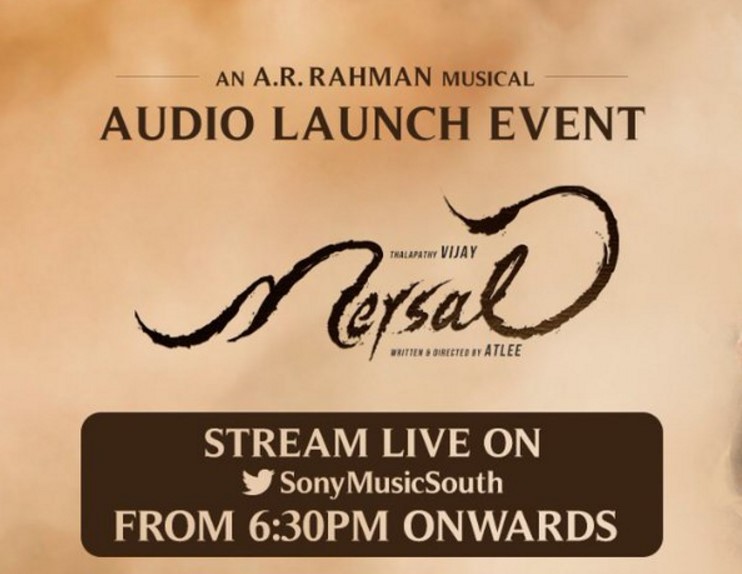 The Production department joins their hand with the Sony Music and released the first Tamil Movie emoji for Vijay’s Mersal. Also the film contains more interesting factors which all mentioned on early post. Enjoy it by reading until the grand audio launch set to live online.