After the 2 months entertainment, Indian Premier League 10th edition finally comes to an end today. In today's IPL 10 finals, Rohit Sharma's Mumbai Indians meets Steven Smith and Dhoni's Rising Pune Supergiant at Rajiv Gandhi International Stadium, Hyderabad. The match will kick-start at 8:00 PM tonight. The live updates of today IPL final match will be updated on this page, the live coverage starts from 7:30 PM after the toss and the playing 11 announcements.

Out of 8 teams, first 4 got the chance to enter into the Playoffs. Mumbai lost their qualifier 1 against RPS. The win made RPS direct finals. In the eliminator match, KKR defeated SRH and MI defeated KKR in the Qualifier 2 to face RPS today. In this edition, Mumbai faced RPS thrice and lost all the 3 times, which is an interesting fact to note down today. Since both the teams are from Maharashtra, Mumbai fans are confused on whom to show their support.

Johnson is the man who nailed it in the last over of the match. What a thrilling finish, Mumbai Indians – champions of the Indian Premier League 10th edition.

Man of the Match – Krunal Pandya

Some interesting takeaway from the toss. The team batting first has won six out of 10 IPL finals. And two of Mumbai's three losses to Pune have come chasing a target. So they're clearly going by history. Plus both their titles had come batting first. 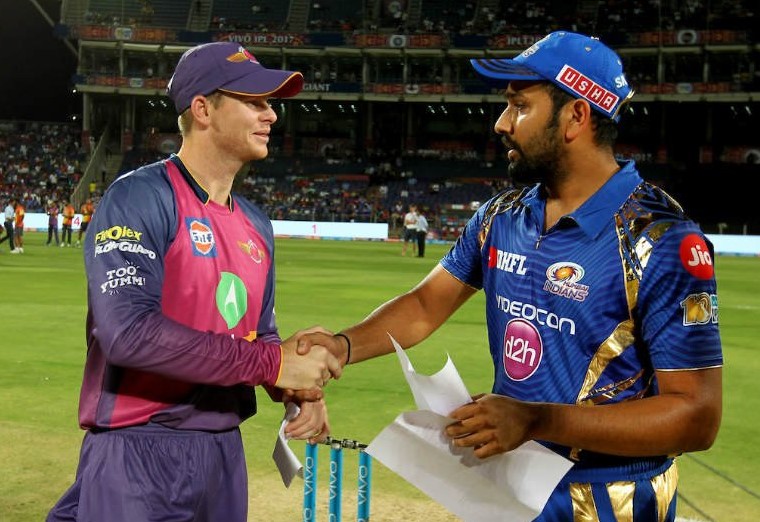 But most of the fans supports goes to Mumbai Indians. According to our IPL finals predictions, Mumbai Indians will win tonight and lift the IPL trophy as they have strong bowling lineup and opening batsmen when compared to Pune team.