In today’s FA Cup fourth-round match, Millwall meets Watford FC at the Den, England. The match between Millwall and Watford will kick-start at 12 PM. BBC Coverage of this match are as follows,  Live on BBC one, BBC Radio 5 Live, for text commentary, check BBC Sports website. Millwall will play again without their centre-back Hutchinson who is still not recovered from the calf problem. Check Millwall vs Watford confirmed team news and twitter updates on this page.

Millwall vs Watford H2H – Millwall wins 41 games, Watford wins 32 games and 29 Draws. Millwall supporters have dubbed it VIL Day. Or Victory In Lewisham Day.  The announcement by Lewisham council that it has abandoned plans to seize land from Millwall around The Den has been met by celebrations from the community. The threat of eviction from their south London home has gone and the cloud that has been hanging over Millwall has been lifted. 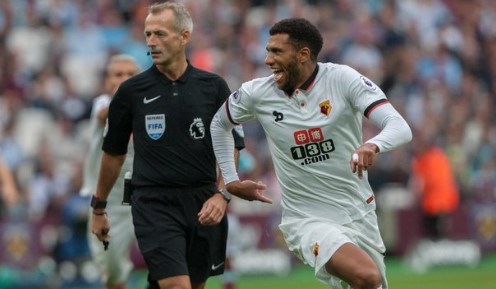 For US football fans, Millwall vs Watford match will be live broadcast on Fox Sports GO. Check Twitter updates from Millwall FC and Watford FC for interesting facts and live score updates of FA Cup 2017. Check Millwall Twitter and Watford official Twitter to get latest updates.