The Milwaukee Bucks have won eight games out of their last ten, including two consecutive over the Clippers, and last night the Lakers, 107-103. In the last game, the Khris Middleton led their team with his 30 points. Also, the Giannis Antetokounmpo added his 26 points, eight rebounds, five assists, and two blocks to his team. But ended the game earlier because of six fouls, while Greg Monroe contributed with 12 points, six boards, and three rejections.

The Golden State Warriors also had two-game winning streak after the loss of three in last five. The most recent games against to Orlando Magic and 76ers with the scores of 122-92 and 106-104 respectively. The last game to Magic had led by Klay Thompson with his 29 points and five assists. Steph Curry had 25 points, nine dishes, and three thefts. Andre Iguodala added 14 points and six rebounds. While Zaza Pachulia posted a double-double of ten points and ten boards.

The Milwaukee Bucks game tonight against to the Golden State Warriors Live Streaming is available on FOX Sports Wisconsin. Also, the fans of Bucks can listen to AM 620 WTMJ.

The fans of Warriors are looking their team’s win after their win against Orlando Magic tonight. Watch the Live Streaming game of Milwaukee Bucks vs Golden State Warriors home game on CSN and listen to 95.7 The Game. 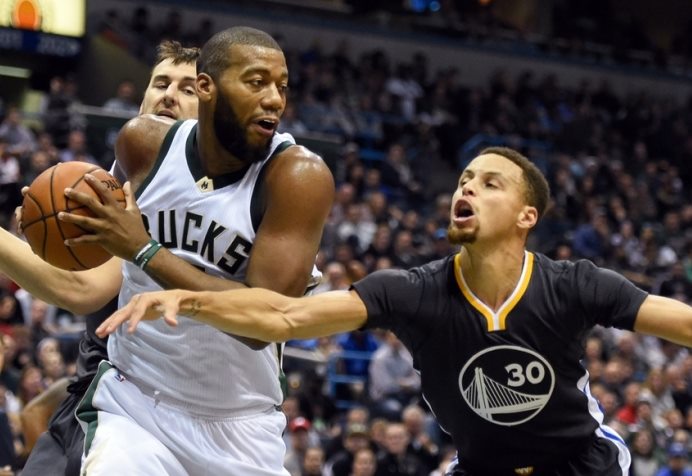