From the mountains of Himalayas to the backwaters of Kerala – India as a country has a diversified population spread over an area of 3.28 million km2. As such, healthcare accessibility over the entire country is rather skewed – resulting in people flocking to major cities like Delhi, Mumbai, Bangalore and Chennai.

Thus, to ensure a decentralized approach to healthcare, Mobile Medical Units are often set up to ensure accessible healthcare. Offering essential services, Mobile Medical Units have helped mobilize healthcare to ‘conduct screenings, basic diagnosis and sometimes complex medical treatments closer to people’s homes’. The same, in effect, can be imagined across all terrains, communities, and socio-economic groups – all with minimum expenditure and relatively lesser operational bottlenecks.

Listed below are a few ways MMUs have impacted the country’s healthcare segment:

To understand the impact of MMUs, let us take a look at a few Mobile healthcare initiatives in India:

With respect to MMUs, Niira Radia led Nayati Healthcare has a rather unique Hub-Spoke-MMU model that offers healthcare services to the most far-flung locations of Uttar Pradesh, Eastern Rajasthan and Uttarakhand. Nayati Healthcare started its journey in 2012 from the pious grounds of Badrinath with 4 mobile medical units and a team of 36 paramedics and doctors. It is India’s first healthcare organization to bring tertiary & quaternary level healthcare to Tier-II & Tier-III cities, which has been long neglected.  The group current operates multi-super speciality hospitals, Nayati Medicity in Mathura (377 bedded) and Nayati Hospital in Agra (60 bedded) in Uttar Pradesh. The last mile connectivity to the most remote villages which are devoid of even the basic healthcare facilities is provided by its fleet of Mobile Medical Units (MMUs). These fully equipped MMUs are manned by a team of over 100 paramedics, doctors and support staff, who work round the clock to deliver healthcare to the communities in the hinterlands.
Talking about Nayati’s mission, Ms Radia says, “A huge portion of the Indian population die from preventable diseases and infections. In order to avoid this, it is necessary to make quality healthcare accessible to all. Nayati Healthcare has been working towards that since the start and has been able to touch the lives of more than 2 million people through their outreach activities.”

“Mobile Medical Units, are an integral part of our strategy to reach out to people living in the remote and underserved locations. The MMUs have been facilitators not just in fulfilling the objectives of taking healthcare to the doorstep of the communities but also promoting health awareness amongst the masses”.

HelpAge India, an NGO which specifically helps the elderly, runs 144 MMUs across 24 states in India, and 11 across seven districts in Himachal Pradesh. The MMU initiative by Helpage India targets the villages identified as having poor health infrastructure or being backward through a baseline survey.

“MMUs visit 5-12 of these villages consistently on the same day each week,” said Manoj Verma, social protection officer at HelpAge India’s Solan unit. “This helps us build trust within the community,” he adds. The initiative is further welcomed by the locals as it eliminates the terrain-limitation in the mountains. 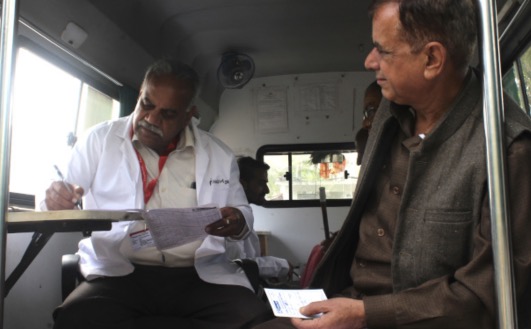 Governed by the philosophy – where every smile counts, Mobile1000 aims at reaching the rural community through professional healthcare delivery. Mobile 1000 Vans are operating across the country, providing medical aid to over 25,000 patients per year per van. It has helped over 171.47 lakh patients with free medicines. 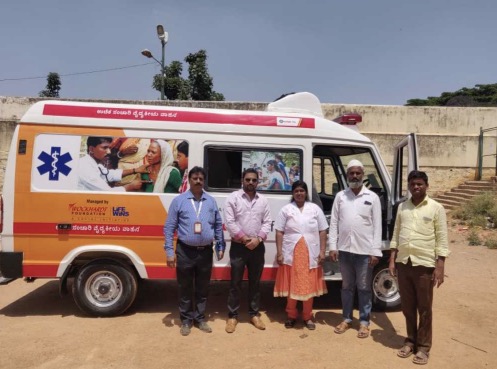 Launched in 2006, Smile on Wheels (SoWs) works on the principles of Availability, Accessibility and Affordability. There are currently 42 vans which have provided healthcare services to more 1,000,000 people. SoWs have a centralised data management system, where patient records are maintained. Apart from providing primary health care services, the van goes from village to village to raise awareness on pregnancy care, child care, diabetes, nutrition among a host of other issues.

With collective efforts, lakhs of Indians can avail the essential care required without having to incur the cost and stress of travel. Moreover, MMUs can help people become more aware and help tackle the real, on-ground difficulties that are slowing down the advent of a healthier India.

How to Avail a Loan with a Bad Credit Score?

What You Must Know About Australian Carer Visa (Subclass 116 – 836)

What You Must Know About Australian Carer Visa (Subclass 116 – 836)