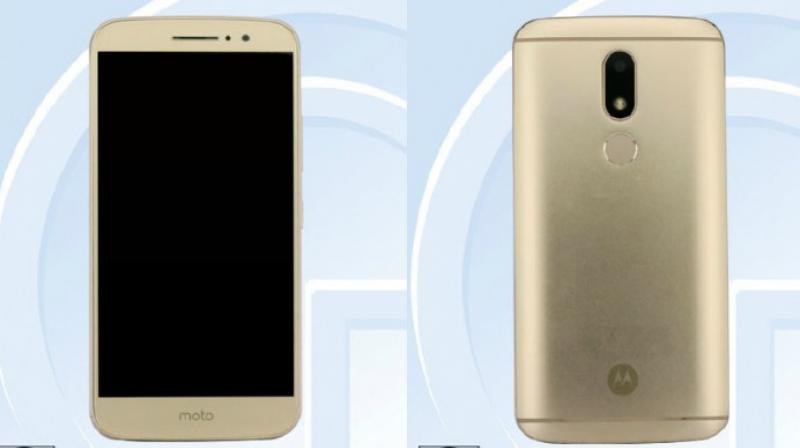 The Moto Manufactures are yet to announce the launch of Motorola M, but as per sources, the upcoming Flagship mobile by Moto is codenamed as Kung Fu, while the model name is XT1662/XT1663. On August 2016, Moto was spotted at GFXBench.

Moto M and Moto M Plus will be launched with Model Number XT1662 and XT1663. As per the images of Moto M are leaked, the Flagship smartphone will have an aluminum body. The mobile will come up with Fingerprint sensor in the backside along with Two antenna lines. Moto M will be the first smartphone with the latest feature. Moto M Plus has 5.5 Inch Display with 1080 x 1920 Pixels Resolution.

The upcoming model is powered by a Snapdragon 625 Octa-core processor with two variants, first one for China with 4GB RAM, 64GB or 128GB of storage and another international one, with a choice between 3GB or 4GB RAM and 32GB or 128GB of storage. The gadget has 16 MP Back facing camera and 8 MP/5 MP front facing camera. The Flagship mobile will be running on Android 6.0 Marshmallow with Dual SIM support.

The main highlight of the mobile is its battery. Th Mobile is powered by 5100 mAH battery with 78 hours talk time. The mobile runs on Adreno 506 with UBWC @550MHz GPU.

The price of Moto M and Moto M Plus are not officially revealed, but the price is expected to be $330 to $400. The upcoming latest smartphone, Moto M may consist of the sensors of Vibration, Gravitation, Proximity, Light, Gyroscope, Magnetometer.

Moto M and Moto M Plus will officially get launched on November 8, 2016.

Other features of the mobile suggest 3.5mm audio jack, a single 1.5W speaker, a pair of microphones for noise cancellation with an expected update to Nougat.