Earlier, Raghava Lawrence in his twitter account promised that Single Audio track from Motta Shiva Ketta Shiva movie will be released today. As per his tweet, the song was released in YouTube and #MottaShivaKettaShiva” hashtag is started trending all over the social networks. 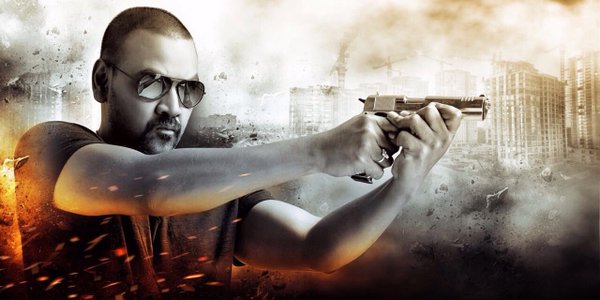 Almost dubbing part of the movie is completed and still 4 songs are yet to be shooted for Motta Shiva Ketta Shiva movie. The team is set to release this movie on May summer vacation as it is going to be Family genre as usual.

Hi, #MottashivaKettaShiva talkie portions over by today. Only 4 songs needs to be shot. May release plan. C u soon pic.twitter.com/kPsP0Ff6ou

The movie is directed by Sai Ramani and produced by R.B.Choudary. Starring are Raghava Lawrence, Nikki Galrani and Sathyaraj who are doing leading role in this movie. Motta Shiva Ketta Shiva is produced under Super Good Films and distributed by Vendar Movies.