The Stylish Star Allu Arjun is set to appear on screen as soon with the DJ aka Duvvada Jagannadham. Also, the pre-production work of ‘Naa Peru Surya’ is activated, and the makers are recommended the MS Dhoni: The Untold Story actress Kiara Advani as Love girl of Allu Arjun. If it is confirmed, then it is her debut Telugu film.

After Duvvada Jagannadham, the stylish star Allu Arjun will start his next film shoot with the guidelines of director Vakkantham Vamsi. Currently, the film had the tentative title as Naa Peru Surya with the great tagline as Naa Illu India. The Kiara Advani is one of the choices for the makers as the female opposite lead of Bunny. 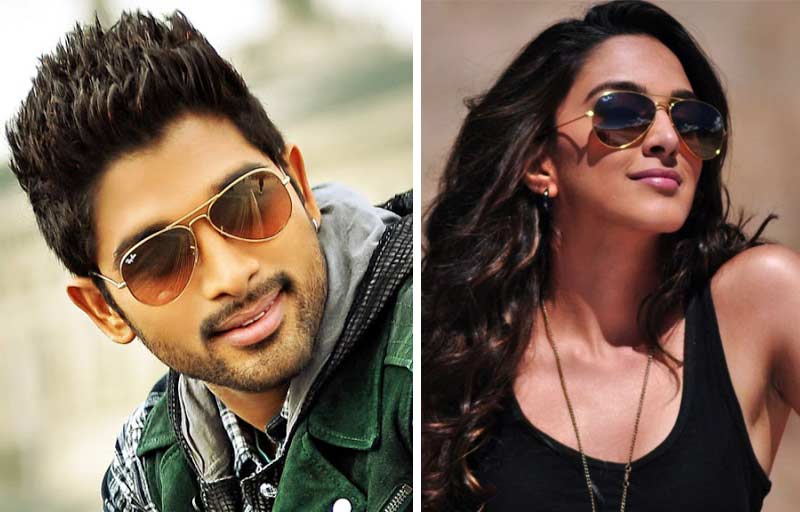 According to the Sources, the director Vakkantham Vamsi marked the Kiara Advani’s name for the female lead of his next film. The sources say that he was impressed with her acting performance in MS Dhoni – The Untold Story. The director is now waiting for the confirmation bill from her to act as the female lead against to the stylish star of Telugu cinema.

The confirmed male lead of Vakkantham Vamsi’s story is Allu Arjun and he is currently busy with DJ aka Duvvada Jagannadham. Also, Kiara Advani is working under the project of director Abbas Mustan’s film. The sources say that she said to be impressed with the story of Vakkantham Vamsi’s Naa Peru Surya. Maximum of possibilities are there that she would appear in Tollywood along with Allu Arjun.

The makers have not revealed any official information regarding the Kiara Advani’s casting in this flick. The film is set to produce under the banner of Ramalakshmi Cine Creations, Sridhar Lagadapati. Yet to wait for the launching ceremony of the film with the conformed film cast & crew.