Mumbai Indians (MI): The first game of Indian Premier League 2018 scheduled between the defending champions Mumbai Indians and most wanted Chennai Super Kings. On every edition of IPL herebefore up to the eighth season, both of these two teams are given a vital role. In the last 10 IPL season, MI won three finals and two in the Champions League T20 tournament.

Paltan introduced their own emojis, fans of Mumbai can download the emojis on MI app and also on MI web. In the players, MI fans can use the emojis of Rohit Sharma, Jasprit Bumrah, Hardik Pandya, Kieron Pollard, and Krunal Pandya. Additionally, 13 emojis are there to celebrate every MI games on social media.

The Board of Control for Cricket in India (BCCI) announced the IPL 11 complete fixtures on 14th February, Wednesday. Mumbai Indians team players will play seven games at their home and seven others at away. Their first game in the league will be against CSK team and their last league with Delhi Daredevils on 20th May. The first game (MI vs CSK) set to play on 7th April, Saturday at the Wankhede Stadium in Mumbai.

Three games of Mumbai Indians in the league has scheduled at 04:00 pm IST out of 14 matches. MI will play those three games against to KKR, and DD (both away and home game). In this article, it consisted of the MI 2018 squad with their timetable (schedule), time, venue, online live stream and TV channel listing to watch Mumbai Indians matches.

After the captaincy of India cricket team in the 2018 Nidahas Trophy Twenty20 tri-series. Rohit Sharma will continue the same but for the MI team in the 11th edition of IPL T20 tournament. In the last season, they won final game against to the MS Dhoni’s Rising Pune Supergiant (RSP). 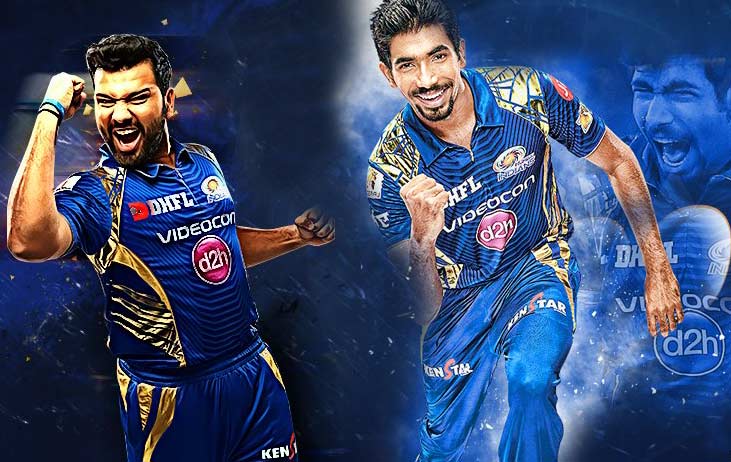 MI have their own list for a long time with the names of Rohit Sharma, Hardik Pandya, and Jasprit Bumrah. The owner of the team used right to match card to rope in Krunal Pandya and Kieron Pollard in the auctions.

They added young wicket-keeper Ishan Kishan to the team by spending Rs.6.2 crores. For the pace attacks, they have Mustafizur Rahman, Pat Cummins and Jason Behrendorff.

Lasith Malinga appointed as the bowling mentor of the MI. Mitchell McClenaghan returns to MI for his fourth season in a row, as he replaces the injured Jason Behrendorff. 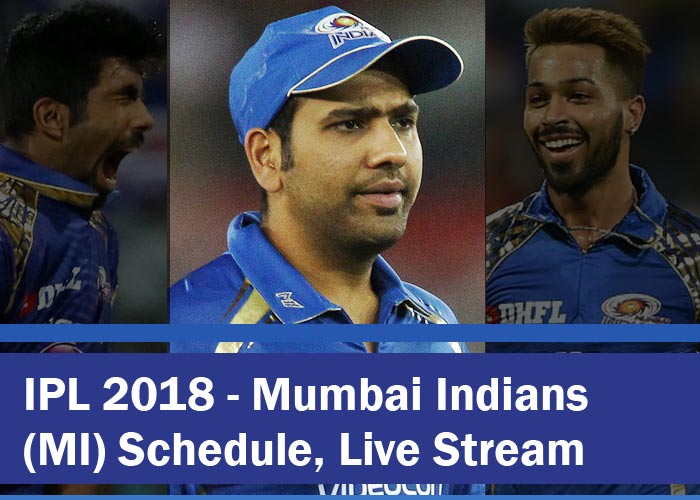 It’s time to watch Star India’s Television and the online live stream for next two months. The IPL fans will have fantastic next five years, because the STAR India bought the media rights to broadcast the live IPL on TV and live stream. Also, they had audio-visual production rights for the 2018-19 season (both IPL and other BCCI domestic circuit).

IPL 2018 live stream: Hotstar (available on both web and app).