Munthiri Vallikal Thalirkkumbol Release date: Due to issues with Kerala Theater owners and producers, most of the Christmas films have postponed. According to the sources, the Mohanlal’s Munthiri Vallikal Thalirkkumbol film will hit the screen on December 22, Thursday. The film had the censor certificate of U and it is 2 hours 34 minutes full-length film. Jibu Jacob’s directorial film has written by the Sindhu Raj and the story has written based on the Pranayopanishad by V. J. James. The film has produced by the Sophia Paul under his banner of Weekend Blockbusters. Meena is the lead female actor along with the Mohanlal. It is fully family drama.

Mohanlal had the character of Panchayat secretary Ulahannan and Meena is his wife Annyamma. All the film songs are composed by Bijibal and M. Jayachandran. 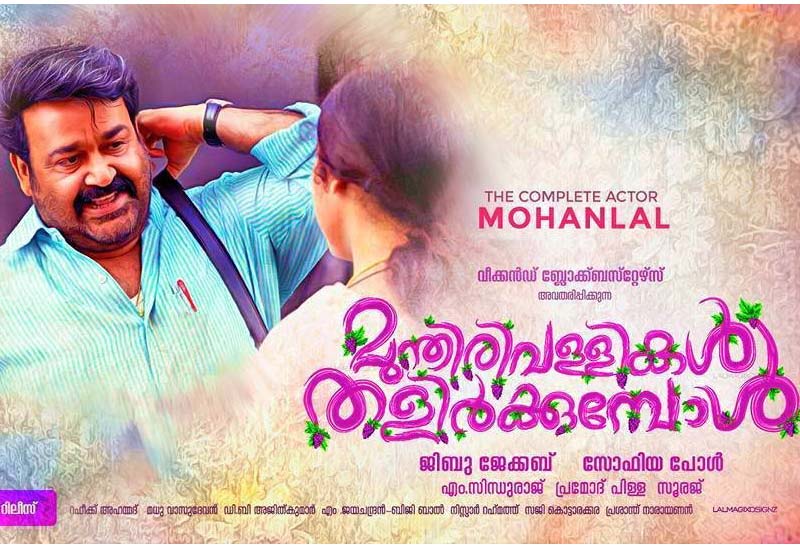