Nandini Nursing Home Movie Review: It is the debut film of senior actor Naresh son’s Nawin Vijaya Krishna. He is the family relative of prince Mahesh Babu. The romantic comedy Telugu film ‘Nandini Nursing Home’ has been released today on October 21, Friday. It is PV Giri’s directorial film and the financial backers of the film are Radha Kishore and Bikshamayya. The movie contains two lead actress such as Nithya Naresh and Shravya. The movie had taken under the production banner of SVC Entertainments PVT LTD. Let read the Nandini Nursing Home Movie Review Rating & Public Talk here. 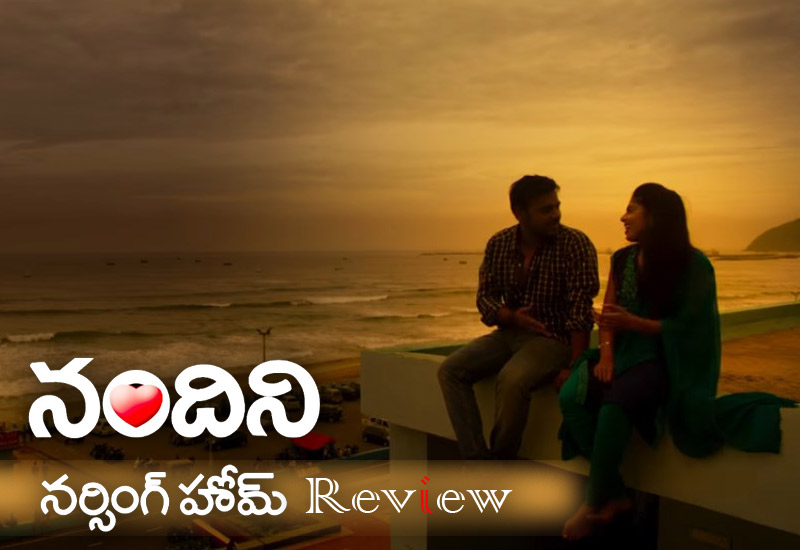 Nandini Nursing Home Storyline: The lead male actor Nawin Vijay Krishna (Chandoo) is the young man who applied for his Accountant job in the Nandhini Nursing Home with his friend’s help. His friend is one of the leading comedy actors of the Telugu Cinema industry, he is the Shakalaka Shankar (Nayudu). Unfortunately, Nawin Vijay Krishna got the Junior Doctor post long with the five digit salary, but he didn’t study MBBS.

Jaya Prakash (Dr. Murthy) is the founder of this nursing home and his daughter Nitya Naresh (Dr. Nandini) is the partner of this home. The Doctor Nandhini fall in love with Chandoo and also, there is a love story between Shravya and Nawin Vijay Krishna. The story went with some horror background. The nursing home a haunted place due to few mysterious deaths in the past and a ghost is irritating all the patients in the clinic. The remaining story is who are paired finally and how he solve the issue is the story. Read the Nandini Nursing Home Movie Review and Rating here below. Also read ISM Telugu Movie Review, Rating, Story.

PV Giri has written the storyline with the help of novel touches of live stories along with some thriller end. He covered this movie with the collaboration of Nawin Vijaya Krishna, Nithya Naresh, and Shravya. His direction was moving around these three characters. Also, he added some special comical roles in this film by using Shakalaka Shankar, Sapthagiri, and Vennela Kishore .

The lead male actor Nawin Vijaya Krishna has taken four years of study for improving his acting skill. Then, he got a chance for this latest Telugu film with the help of his cinema background. The Nandini Nursing Home film music has composed by Achu Rajamani and Shekhar Chandra. Both of songs and background scores has been got good reviews by the audience.

The PV Giri’s story and the screenplay are the first biggest positive of this film. Comedy sequences and the lead roles performance are the talkable facts. The technical team such as cinematography and editing also shared the major positive points of the film. The length of the frame with unwanted scenes is the drawback of the film.

The full entertainment is guaranteed, and the film had romance along with trendy comedies. Nawin’s debut film didn’t list under the flop films of his cinema career. Let watch Nandini Nursing Home in theaters.