NBA Basketball 2017-18 season will be started from September 30, Saturday. All the 30 teams have split into six groups such as Atlantic, Central, Southeast, Pacific, Southwest, and Northwest. All these 30 NBA teams new uniforms unveiled on Friday night. This time, it’s all by the new NBA uniform contract, Nike.

The contract between the Nike and NBA was confirmed in June 2015 and they finally released the new “Statement Edition uniform” on Firday night. While the half of the 30 uniforms are looking same as their old design with some alternates. In this list, Hawks, Bulls, Grizzlies, Heat, Bucks, Wizards, and other teams are spotted as they didn’t make any major changes in their new NBA uniform. All these teams are happy with their design which they having already.

Each team’s new design explaining their statement through their uniform. For example, the Golden State Warriors pays to respect their hometown, Oakland by using the Oaktree with “The Town” Statement. Boston, Chicago, and Cleveland are conveying a sense of strength and power with their black bases. 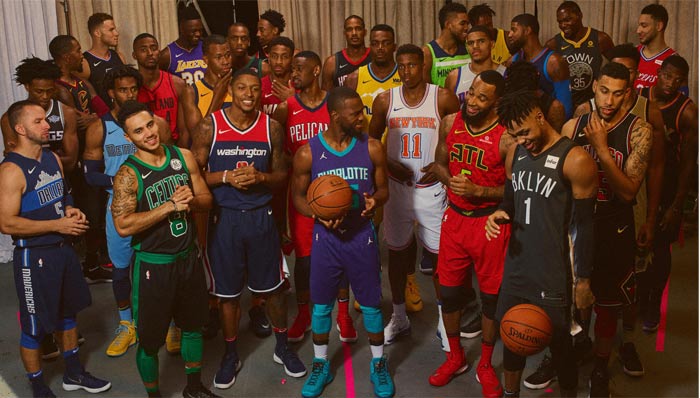 The current NBA uniform contract company has announced that all new Nike NBA Statement Edition uniform will be available from November 20 on its official website, nike.com/nba.

ESPN.com differentiated with five best new designs and five worst designs. Based on that list;

Need to wait for the another 30 additional alternate designs which will be released after the start of the regular season. Check all the new uniform designs here on official Nike website.