New 100 rupee note to be launched shortly in lavender colour

RBI will issue new 100 rupee note with the feature of UNESCO World Heritage Site ‘Rani ki Vav’ as a motif on the reverse.

New 100 rupee note: On 19th July 2018, Thursday, the Reserve Bank of India announced that new series of 100 rupee currency notes to be issued as soon. The new currency note featured with the Mahatma Gandhi with the base color of lavender and it has Motif of “RANI KI VAV” on the reverse. It means the queen’s step well and it is a UNESCO World Heritage site in Patan. 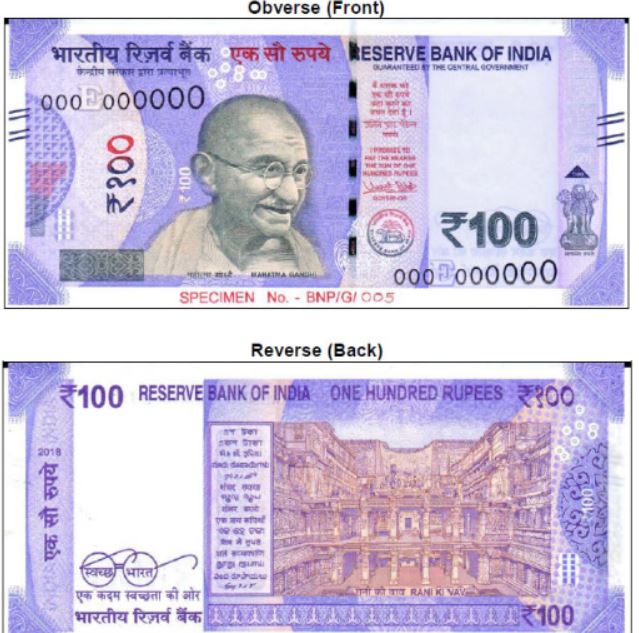 Mahatma Gandhi portrait in the center on the front side.

Ashoka Pillar emblem on the right.

Reverse side: ‘Swachh Bharat’ logo and Gandhi’s spectacles on the left-hand bottom side.

Both, Devnagari and English number ‘100' on both sides.

Year of printing of the note on the left.