Update: England won the Toss and Chose to BOWL first 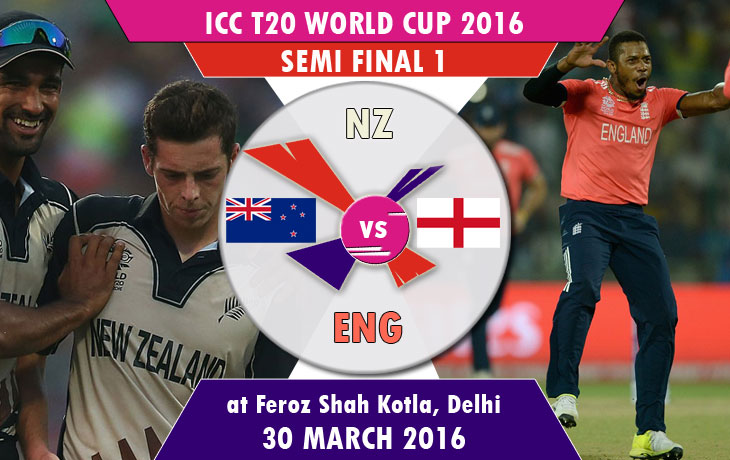 New Zealand totally won 10 T20I matches out off past 13 matches from 23rd January 2015 to 26 March 2016. Today (30th March 2016) is the 14th game against with England. It is very important game for both of them. Especially, in last four games in this tournament, New Zealand walk into the ground with their BAT on the first innings.

Analysis about this Super 10 for those team, New Zealand vs England. Joe Root is an England batsman, who is the second highest run scorer in this Super 10 as 168 runs with the best of 83. Martin Guptill is a New Zeland player, who scored the highest run in Super 10 in his team and he has been placed in the sixth position as a view of overall with the score of 125 by played three matches.

Kane Williamson talks about this match, “In terms of Mike Hesson’s and my perspective, we will pick horses for courses against the opposition. That philosophy won’t change.”

There was a man, who took totally nine wickets in this Super 10 with good economy rate as 5.73. Mitchell Santner plays a vital role in this Super 10 for his team by taking top order wickets from his left-arm spinning balls.

There is no chance for match delay due to weather. The pitch have not offered much turn today also, it looks slowish surface as of looking last two games of this tournament.