Electronic Phone giant Nokia Corporation, who sold their business operations to Microsoft in 2013 is back again with their new smartphone. They started licensing their Nokia name to other Chinese companies. Last Month, the Nokia announced that they are coming back to the smartphone group with their new Andriod handsets. Nokia previously had launched their Nokia OS with smartphones like N1 Model and other Windows Mobiles. Today, a new promotional video of Nokia's upcoming Android-powered phones has been leaked over the internet. Check the new Promotional video of Nokia D1 and Nokia 6.

The leaked video is not so HD, but the low-resolution video shows some specifications about the latest smartphone by Nokia. 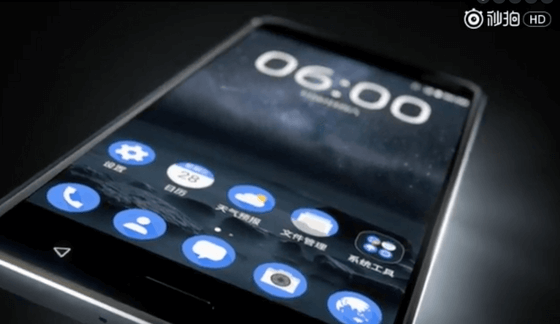 The specifications look similar to the Specs of Nokia's D1 aka Nokia 6. Based on the video, the smartphone has Octa-Core Snapdragon CPU powered with 4GB of RAM along with 64GB of storage memory and microSD expansion. Android 7.0 Nougat equips the phone. The video also advertised Dolby ATMOS surround sound for the phone which matched the leaked specifications of Nokia 6.

Nokia back with Andriod Phone

Posted by Worldhab on Saturday, January 7, 2017

The specifications of the phone are pretty good and support microUSB port which is in the video. When everyone is waiting for the Nokia to come back to the smartphone industry, the promotional movie of the Nokia D1 feels like Cherry on the cake. Keep Visiting WORLDHAB to get more information about the upcoming smartphone.