Odisha: Nearly Twenty people died including students after the bus fell down from the height of 50 feet bridge in Odisha, Angul. The Odisha Bus accident killed 20 people Today on Friday morning. 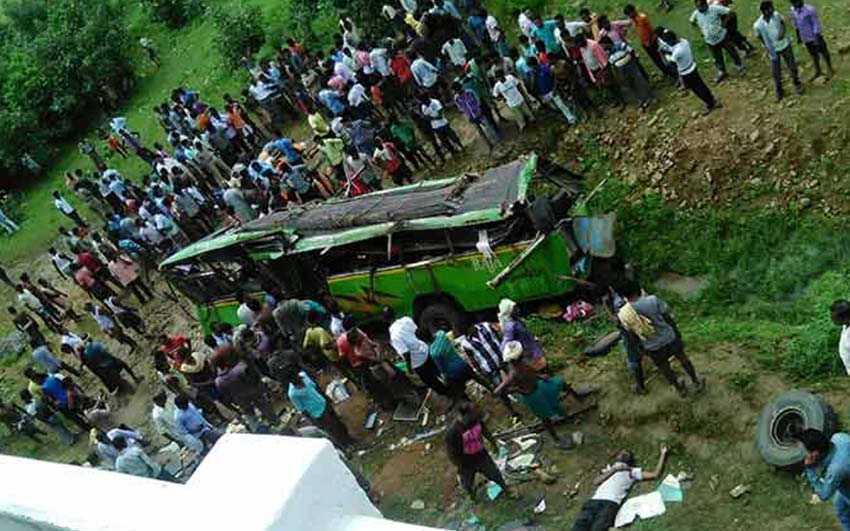 Today on September 9th morning, the bus killed 14 people on the accident spot and remain others died in the hospital. Other Thirty people have admitted to the nearby hospital in Angul and Cuttack. The Odisha bus accident makes at least 15 people as serious.

District collector Anil Samal said the bus has been completely damaged in the accident. “All the passengers have been taken out of the vehicle.”

And he added, “Arrangements are being made to shift the injured ones to Angul and other hospitals.”

Also, an eyewitness, Arun Behera says, “He driver suddenly took a left turn and broke off the bridge railings.”