Oklahoma City Thunder vs Atlanta Hawks: The first ball of this game set to tip-off on 07:30 pm ET on Tuesday, 13th March 2018. The venue of this game located at Philips Arena in Atlanta, GA.

Preview: In the last five games of Thunder, they three against Sacramento, San Antonio, and Phoenix after two losses with Houston Rockets and Portland Trail Blazers.

Atlanta Hawks have lost four games of their last five except a game over Phoenix Suns. They had the worst loss to Indiana Pacers recently on Friday, 87-112.

Today's game between Thunder and Hawks are their second in this regular season series. Thunder won the first game (120-117) when they play at their home in December. In that game, Westbrook scored 30 points with seven rebounds.

Hawks (20-47) eliminated from the playoffs on Sunday, based on winning ratios. They are standing at the last position in the Eastern Conference. Also, last in the Southeast division with the three-game losing streak.

Oklahoma City (40-29) has won three back-to-back matches. On Monday, they won a game over Sacramento 106-101. In that game, Thunders earned 42 points from Paul George and Carmelo Anthony. Both of them have six rebounds each.

Above given lineups are predicted, the official lineups will be updated shortly. 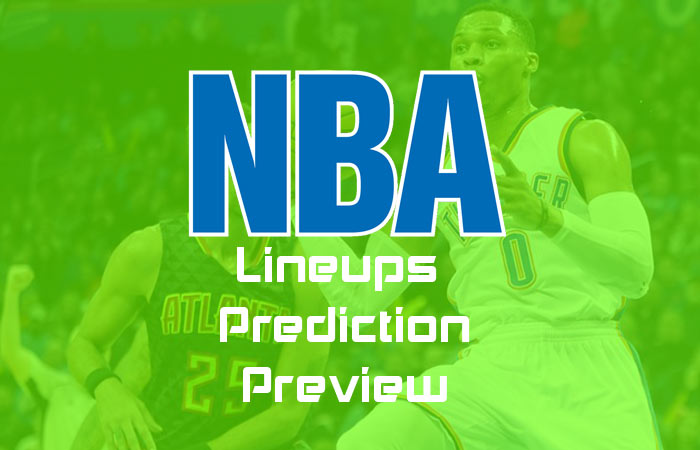 The Oklahoma City Thunder vs Atlanta Hawks Live Streaming TV, online service providers are given here below. Get NBA league pass and watch all the games under the paid service. Now, check the list here:

From the analysis, Thunder will be the winner of this game against Hawks on 13th March, Tuesday. Follow the official Twitter pages of OKC and ATL to get live updates and scores.