The Audio/Music Launch video will be available through Live Streaming from 6.30 PM. Watch the Om Namo Venkatesaya Audio Launch Live Streaming here and listen to the songs. K. Raghavendra Rao’s Om Namo Venkatesaya is the devotional film lead by Nagarjuna. ONV is based on real life story of Hathi Ram Baba who was a devotee of Lord Venkateswara. A. Mahesh Reddy has produced the movie under his banner of AMR Sai Krupa Entertainments. 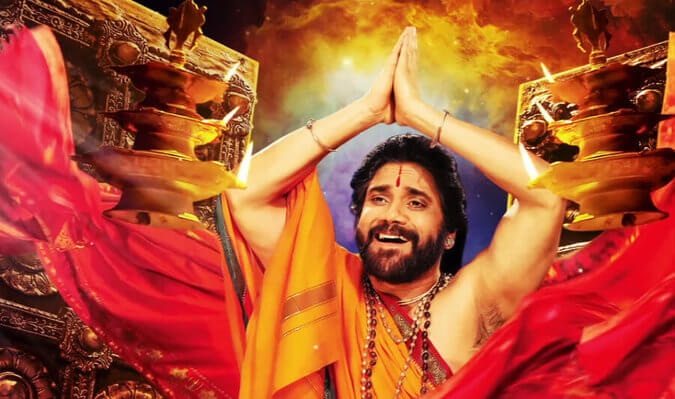 Also Read: Anupama Parameshwaran to romance with Ram Charan’s Next Film in 2017

Nagarjuna plays the main character role of Hathiram who is a great worshipper of Lord Venkateswara. Om Namo Venkatesaya film is set in the 18th century and revolves around the history of Tirumala. The first look poster of the ONV Movie has created a lot of buzz with amazing graphics where Nagarjuna features himself with a grown beard, long hair, and mustache.

Nagarjuna has played a lot of devotional characters in movies like Ramadasu, Annamaya, and Shiridi Sai which received great critical and box-office response from the audience.